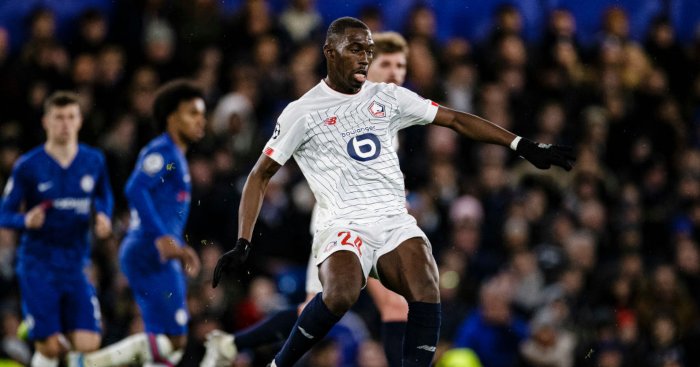 Manchester United will watch Lille midfielder Boubakary Soumare one last time on Sunday before making their minds up on the player, according to reports.

Soumare has been attracting interest from a number of clubs, including United, Real Madrid, Napoli and Valencia with a report in L’Equipe recently saying that Lille could be open to offers.

The report in the French newspaper added that Lille will be looking for a fee of between €50-60m for Soumare.

The 20-year-old has played 17 of Lille’s Ligue 1 matches this term, while he has featured in all of their six Champions League fixtures.

And now the Daily Express claims that United are ‘sending a scout to France on Sunday afternoon to make a final check’ on the Frenchman.

It has become clear in recent weeks that Ole Gunnar Solskjaer is keen to bolster his midfield at Old Trafford with a move for Sporting Lisbon’s Bruno Fernandes understood to be on the cards.

And United are now at the ‘front of the queue’ for Soumare and could bid for him ‘as early as this week’ if the France under-21 international impresses against Dijon on Sunday.