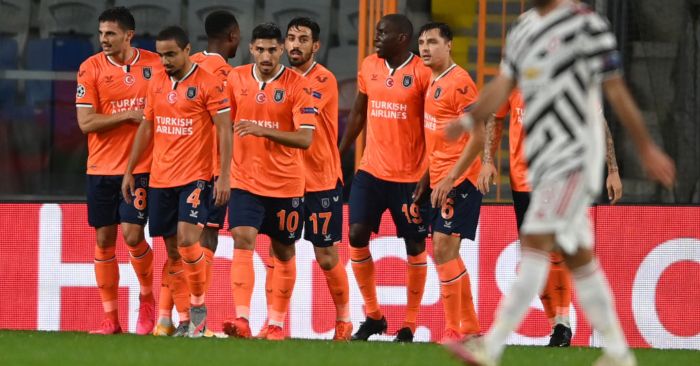 United left Demba Ba totally unmarked as he raced clear from the halfway line to slot in the opening goal in a 2-1 win.

READ MORE: Too pricey, Pep? Grealish would’ve been a bargain…

Ole Gunnar Solskjaer came under significant pressure following the surprise result and Buruk admits the defending – or lack of it – was perplexing.

“We could not believe how much space Demba Ba was given, it wasn’t his goal that shocked us but the fact he was completely unchallenged,” Buruk said.

“I said after the previous game that we played well but our inexperience showed.

“We showed glimpses of what we were capable of against PSG but were unable to take our chances.

“We are growing in confidence and hope to spring a few more surprises in this group.”

Speaking about their defending after the game, manager Solskjaer said: “The first one is that we play a short corner and forget about the man up top. That’s unforgivable… We’ve not done our roles, it’s my responsibility,” the Norwegian said.