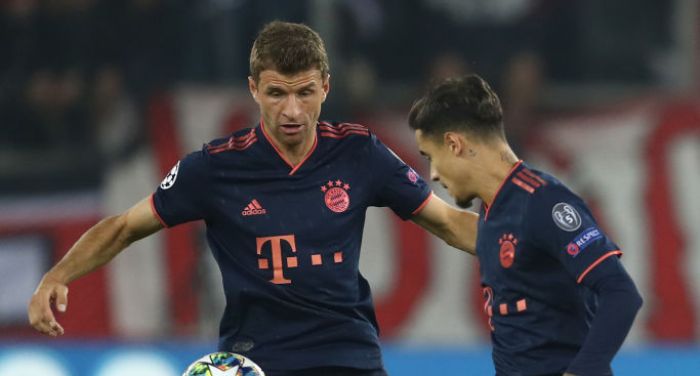 United have long been linked with a move for Muller, with Bayern chief executive Karl-Heinz Rummenigge revealing the extent of their “mad offer” in 2016.

The forward came close to moving to Old Trafford under Louis van Gaal and was once named among the four ‘fantasy’ signings Ed Woodward wants to make at United.

SportBild say that come now come to fruition as ‘the discussion about his role in Bayern continues’.

Muller has seen his importance in Bavaria diminished under Niko Kovac, starting three of eight Bundesliga games and just once in the Champions League this season.

He is subsequently considering his future, with both United and Inter Milan ‘stretching out their antennae’ for him.

They add that it is ‘questionable’ as to whether Bayern would let go such a popular academy graduate, while the 30-year-old also has two years left on his contract so would demand a fee.

But the prospect of a January move has been mooted and most certainly not dismissed.