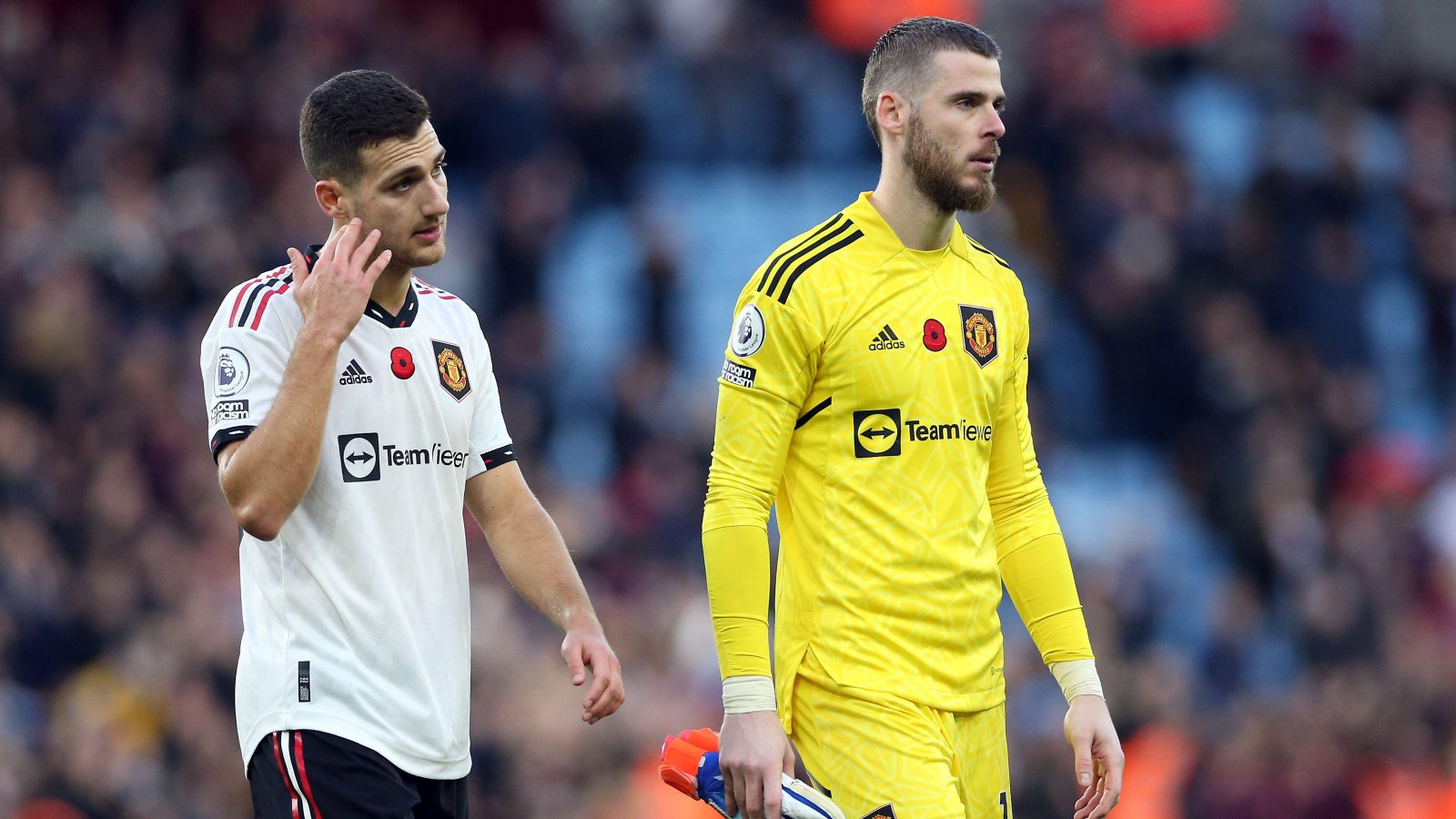 Dalot and Man Utd team-mate David de Gea are out of contract at Old Trafford at the end of the season and it remains to be seen whether the Red Devils hierarchy will officially offer them new terms.

Man Utd have an option to extend the contracts of both players for a further year and reports suggest that Dalot will be offered fresh terms.

There have been other reports that Man Utd goalkeeper De Gea is willing to take a pay cut to secure his future at the club with the Red Devils scouting other stoppers.

One of those goalkeepers is Costa with a report in The Athletic last month claiming the Porto man is ‘being watched’ regularly by Man Utd.

Costa signed a new deal recently with a €75m release clause but Portuguese publication A Bola (via Sport Witness) insists that the fee has not put the Premier League side off.

On Costa, Man Utd right-back Dalot told RTP: “Diogo Costa is already one of the best in the world. He will be a reference, or even the reference, worldwide.”

Dalot came through the Porto youth ranks and played nine times for the first team in the 2017-18 season before moving to Man Utd for £19m in June 2018.

And Dalot admits he would like to move back to Porto one day, he said: “Would I like to return to FC Porto? Yes, it is a cycle that is not closed. If everything comes together, one day I will return to FC Porto.”

On his season at Man Utd so far, Dalot continued: “I started the season well and I’m having a lot of playing time. I want to demonstrate that I have the capacity to remain at this level, I want to be even better.”

It is clear that Dalot is a lot happier now at Man Utd, after being sent out on loan to AC Milan in the 2020-21 season, and the Portugal international reveals he now feels “extra responsibility” in Ten Hag’s side.

“Being a starter in every game with Ten Hag makes me proud,” Dalot said in an interview with The Times.

“I see it as an extra responsibility. It shows that the coach has confidence in me, I want to pay it back and be a reliable and important player for the team. That is what I’ve been fighting for these years.