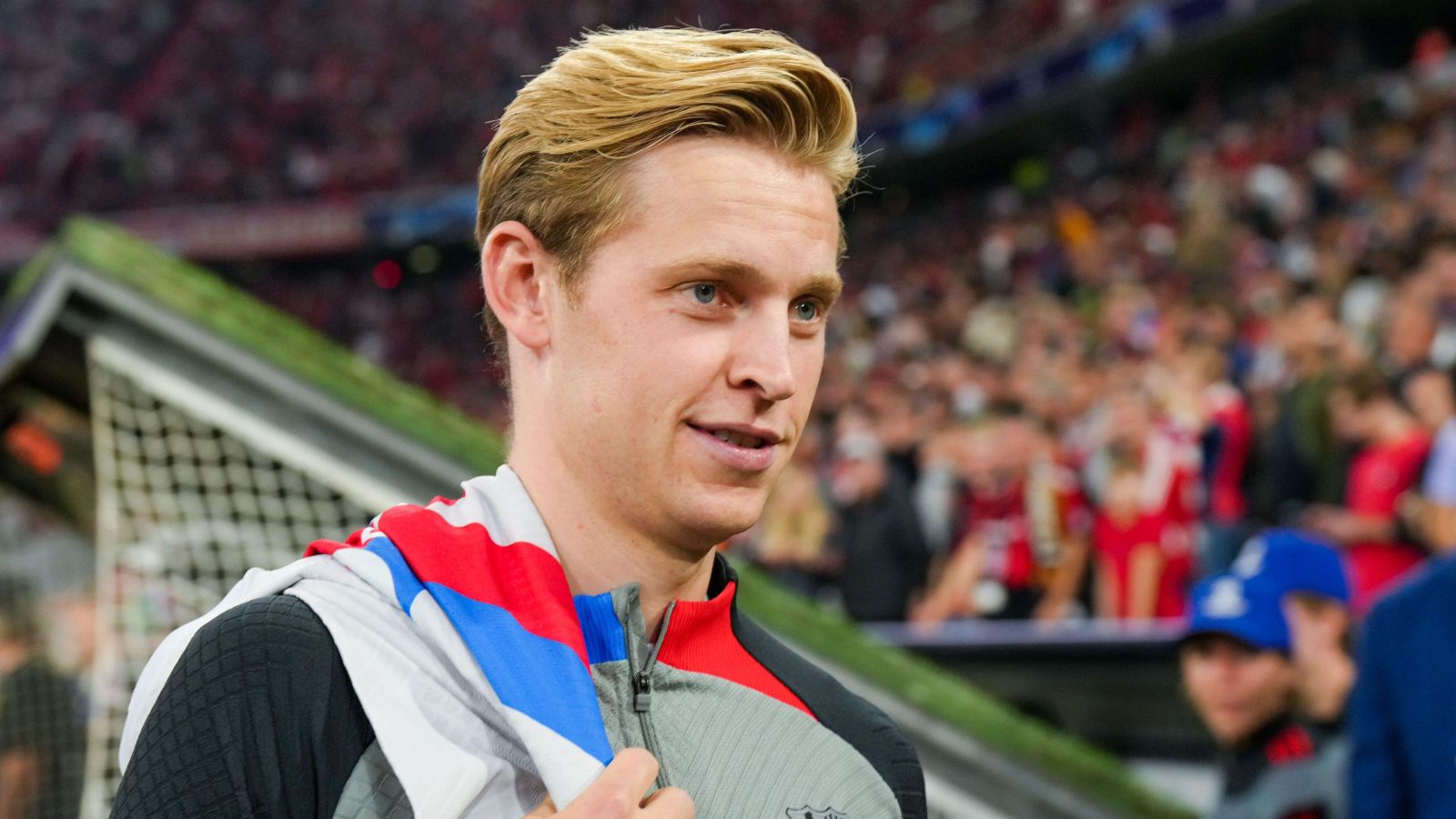 Man Utd have reportedly not given up on signing Barcelona midfielder Frenkie de Jong despite the Dutchman making it clear he wants to stay at the Camp Nou.

The Red Devils eventually made Casemiro their main midfield signing of the summer in a £70m deal from Real Madrid  – but that was after deals for De Jong and Juventus’ Adrien Rabiot fell through.

De Jong had been United’s main target for most of the summer transfer window despite repeated reports claiming he had no interest of leaving Barcelona for any club, especially one without Champions League football.

It seems odd thtat Man Utd would continue to pursue a deal for De Jong without getting any kind of encouragement from the player, Barcelona or his representatives but a deal was never close to completion.

Widespread reports indicated that Man Utd managed to agree a deal in principle with Barcelona for an initial €65m plus €20m more in add‑ons.

But the window past and De Jong stayed at the Camp Nou with the Netherlands international insisting that it was “always” his intention to remain at Barcelona.

De Jong said: “I always wanted to stay at Barcelona and this is why I always remained calm in the summer. I can’t give too much details away. The club has it’s own idea’s and I have my own ideas too. And sometimes this clashes with each other. But at the end of the day things went OK.”

But now ESPN claim that De Jong ‘remains on Manchester United’s transfer wish list’ with ‘United and manager Erik ten Hag isn’t put off by the 25-year-old’s public stance and won’t rule out the possibility of making another bid next summer’.

The report adds that ‘there is still a feeling at Old Trafford that De Jong could leave Barcelona in the future and he could be convinced to move to’ Man Utd and join up with Ten Hag once again.

They do have other irons in the fire for the summer transfer window and Borussia Dortmund midfielder Jude Bellingham ‘will also be central to United’s transfer plans’.

Liverpool have been heavily linked for months with Bellingham while the Red Devils were interested in signing the 19-year-old before he moved to Dortmund from Birmingham City in 2020.

United ‘sources’ have told ESPN that ‘there is an acceptance they will face stern competition from Manchester City, Liverpool and Real Madrid but they will be in the queue for his signature’.

Despite lots of speculation flying around about who Man Utd could buy in the winter, ESPN added: ‘United are not planning a major revamp of their squad in January and will instead wait until the summer to make further changes to the squad’.