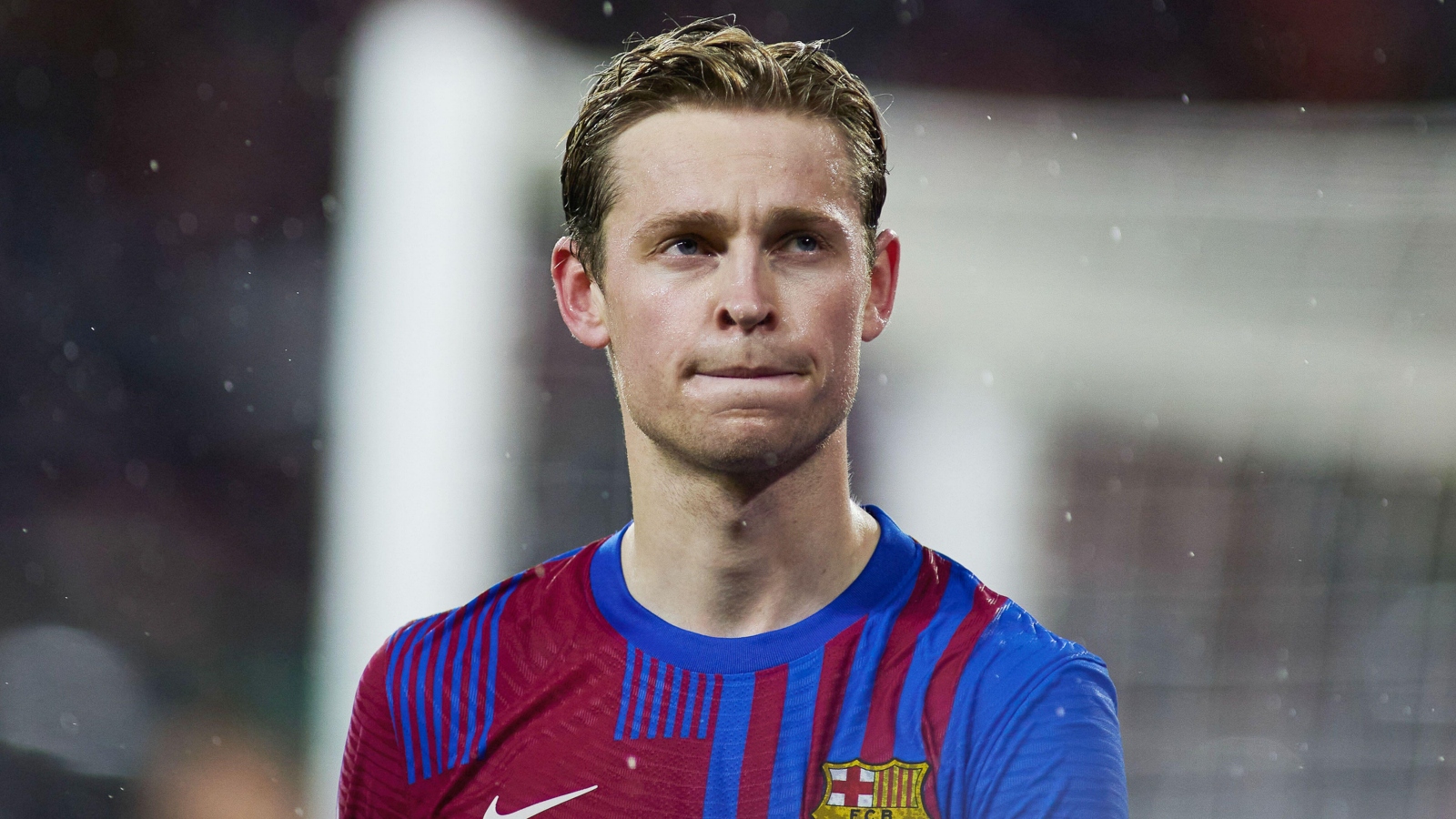 Frenkie de Jong reportedly is open to joining Manchester United from Barcelona, despite reports to the contrary.

The Dutch midfielder is Erik ten Hag’s priority signing this summer as he starts a rebuild at Old Trafford.

READ MORE: De Jong FIRST, then? But why? Man Utd and an inability to transfer multitask

The Red Devils have seemingly been close to completing a deal for the 25-year-old for weeks, with Ten Hag easing De Jong’s initial doubts over leaving the Catalans.

Earlier this month, while on international duty, De Jong said: “You’re always flattered when teams show interest in you as a player but I am at the biggest club in the world at the moment and I feel fine there, so no news.”

And a report on Wednesday in Spanish publication Sport claimed the former Ajax star ‘refuses’ to leave Barcelona this summer despite the club trying their best to sell him to United.

The report admitted a deal between the two clubs is ‘getting closer’ but warned a deal ‘will not come to fruition if the player does not change his mind’.

De Jong is ‘determined to stay’ at the Nou Camp,and has ‘no intention of leaving and he has transmitted this to the two clubs’.

‘The situation has become tense’ and De Jong is unhappy ‘that everyone pushes him to leave’ and he has ‘come to doubt even his agent’.

It didn’t sound good, but The Guardian has essentially rubbished the report, claiming De Jong is ‘now minded to sign for United and rejoin Ten Hag after working under the Dutchman at Ajax’.

The report continues: ‘A fee of an initial €65m (£56.2m) plus add-ons that could take it to €85m has been agreed in principle and negotiations are now centred around the player’s personal terms.

Meanwhile, former United defender Gary Pallister reckons the signing of De Jong would “tick a box” if they do finally get the deal over the line.

“Barcelona know how desperate United are to bring in players,” Pallister said.

“They are going to push to the nth degree to get whatever money they can and that is the case whenever United come knocking.

“They are still seen as one of the richest clubs in the world. Hopefully they can get that deal done, de Jong is at the right age, has plenty of experience and is the type of player that can really express himself at a place like United.

“He is used to the pressure and the spotlight having been at Barcelona so he would certainly tick a box. Midfield has been an area of concern.”