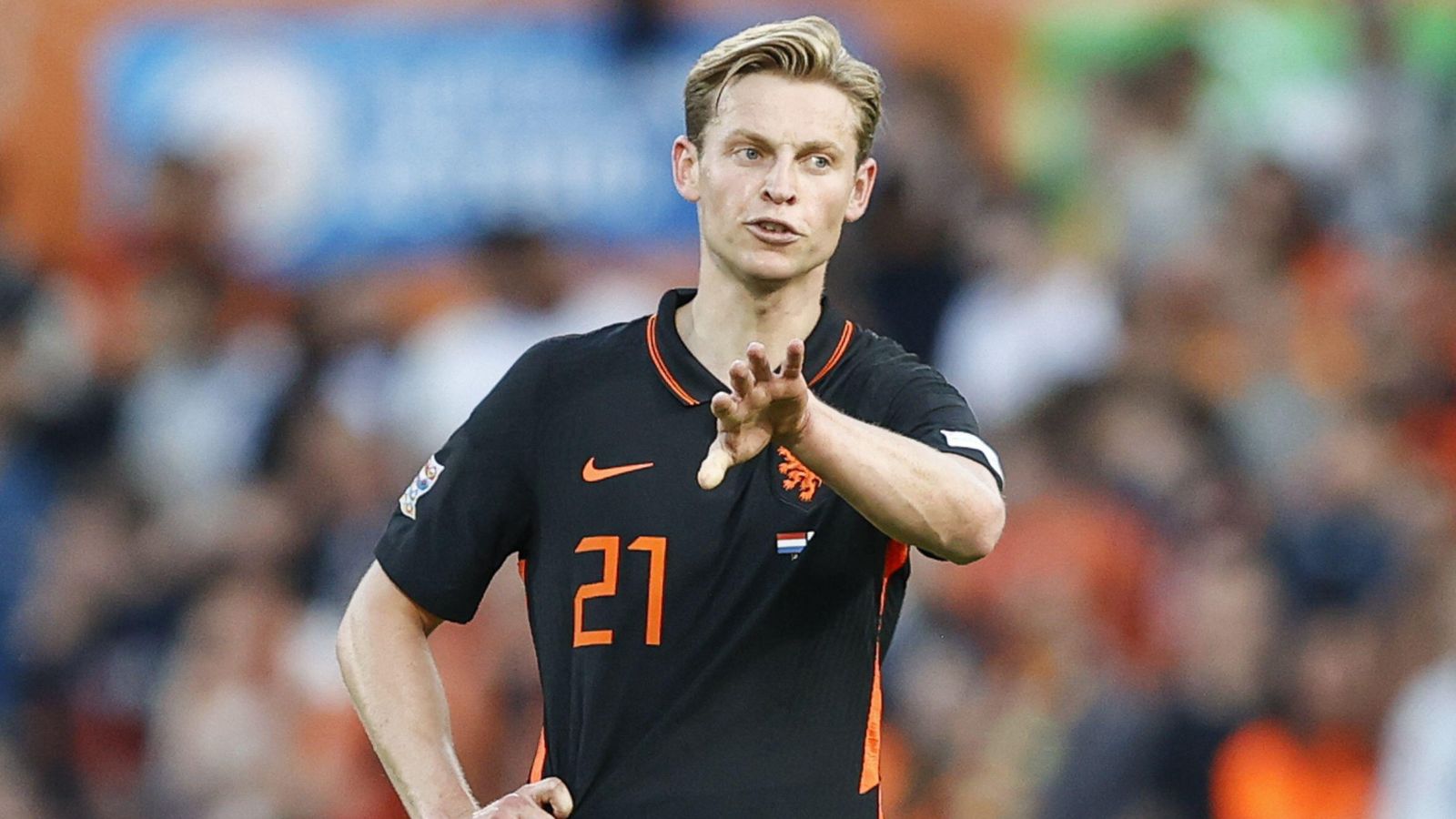 There is an expectation that Man Utd will have to wait until the end of the transfer window to seal the signing of Barcelona midfielder Frenkie de Jong, according to reports.

The Netherlands midfielder has been the subject of constant speculation over the past two months with the Red Devils extremely keen to get a deal over the line.

De Jong hasn’t quite lived up to his €75m fee since arriving from Ajax in 2019 with Barcelona ready to cash in on one of their highest-paid players.

However, the player is yet to agree to personal terms with the Red Devils and there have been rumours that he would prefer a Camp Nou stay rather than an Old Trafford transfer.

And the Independent now claims that there is an ‘increasing feeling’ that the ‘saga’ will ‘go right to the end of the window’ with De Jong ‘holding out for deferred wages to be paid by Barcelona before joining his former manager Erik ten Hag’ at Man Utd.

‘He has told the new United boss he is willing to go if Barcelona don’t want him, but the matter of sorting his deferred wages is one fair point of principle to the midfielder.

‘De Jong wants the issue completely clarified. If it is not done so to his satisfaction, he is content to defy any attempt to sell him and stay.’

“It’s going to come to the stage where Man United need to have some self-respect,” Agbonlahor told Football Insider.