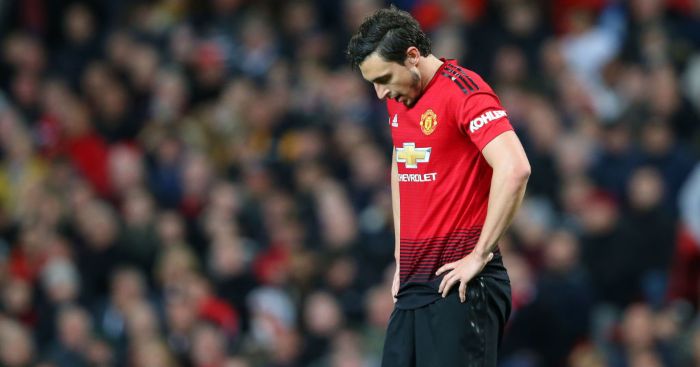 Juventus striker Mario Mandzukic could play a role in Matteo Darmian’s exit from Manchester United, according to reports.

The Croatian was last linked to the Red Devils back in November 2018 when he was one of three swap options suggested to United by Juve sporting director Fabio Paratici, plus a hefty cash adjustment, in order to bring Paul Pogba back to Turin.

That rumour didn’t come to fruition and that was the last we heard of any links until Tutto Mercato Web (via Sport Witness) claimed on Tuesday that Old Trafford could be Mandzukic‘s ‘eventual destination’.

It is rumoured that Maurizio Sarri will not require the 33-year-old’s services next season after being appointed the new Juventus boss.

Any deal for Mandzukic, who has a year left on his contract in Turin, ‘could open the way’ for Darmian to join the Old Lady with his future at United uncertain.

The report adds that despite it being an ‘idea that could soon take shape,’ there have been no negotiations between any of the parties.

The rumour doesn’t seem to fit in with United’s transfer policy this summer, unless Ole Gunnar Solskjaer is looking to bring in an older head to balance out all the young, hungry signings. Big doubts on this one.