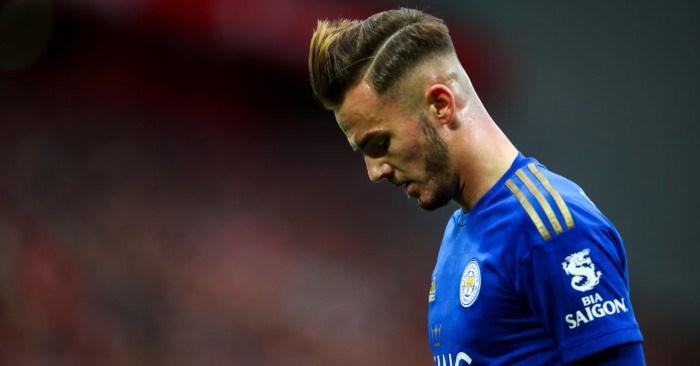 James Maddison could look to renew his contract at Leicester City this summer despite interest from Manchester United, according to reports.

United have been credited with interest in Maddison for ages with reports claiming the Foxes will be looking for a fee around £70million.

Leicester currently occupy second position in the Premier League table with United recently pulling themselves up to seventh under Ole Gunnar Solskjaer.

The gap in terms of league positioning is unlikely to put United off making a bid for the England international with most clubs failing to match their financial muscle.

And the Manchester Evening News claims that Maddison is ‘considering signing a new contract’ with the Foxes but that the deal ‘is not close’.

The 22-year-old could wait until the season is over to have a look at his options and decide his future with United sources telling the MEN that Maddison will be the ‘perfect age to recruit’ when he turns 23 later this month.

Harry Maguire’s relationship with Maddison has ‘further emboldened’ United with the club hoping the presence of the centre-back at Old Trafford can persuade Maddison to join.