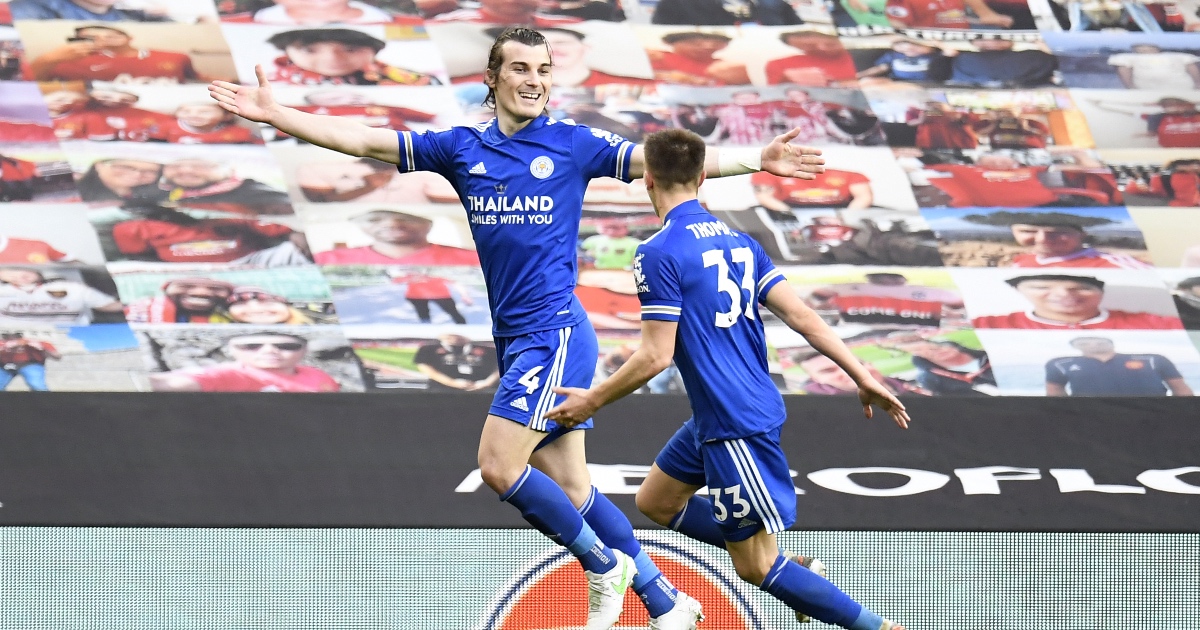 The hosts’ 10 changes at Old Trafford gave Brendan Rodgers’ stuttering outfit a great chance to get their Champions League qualification push back on track ahead of playing in their first FA Cup final in 52 years.

Leicester took that opportunity as they won a league match at Old Trafford for the first time since 1998, with Soyuncu sealing a 2-1 triumph after Mason Greenwood had cancelled out Luke Thomas’ stunning early volley.

Second-placed Man Utd were assured of a top-four finish regardless of this result, but the loss means City have now wrapped up a third Premier League title in four years.

The Foxes now look well placed to join the Manchester sides in next season’s Champions League, with Thomas’ exquisite volley and a towering Soyuncu header propelling them back to third ahead of Saturday’s FA Cup final against Chelsea.

Security measures had been stepped up markedly around Old Trafford in the first home match since that postponement, with riot vans dotted around the ground despite the next anti-Glazer protest not being planned until Thursday.

Solskjaer will be hoping that match can go ahead after making sweeping changes against Leicester, with 19-year-old academy talent Anthony Elanga coming in for his debut as 18-year-old January arrival Amad Diallo made his first start.

This match kicked off just 50 hours after Sunday’s 3-1 win at Aston Villa, where skipper Harry Maguire sustained ankle ligament damage that saw him sat in the stands with crutches and his left foot in a boot.

The England defender was audibly frustrated as former club Leicester capitalised on the much-changed hosts’ incoherency, with the opener coming with just 10 minutes on the clock.

Alex Telles was caught out of position and Nemanja Matic failed to track Youri Tielemans’ run. The Leicester midfielder swung a cross from the right to the far post, where Thomas produced a superb left-footed volley back across goal into the top right-hand corner.

It was an incredible way for the full-back to open his Premier League account, but the lead lasted just five minutes.

Determined Diallo outmuscled Thomas on the right and played inside to Greenwood, who followed great footwork under pressure with a precise low strike beyond Kasper Schmeichel. 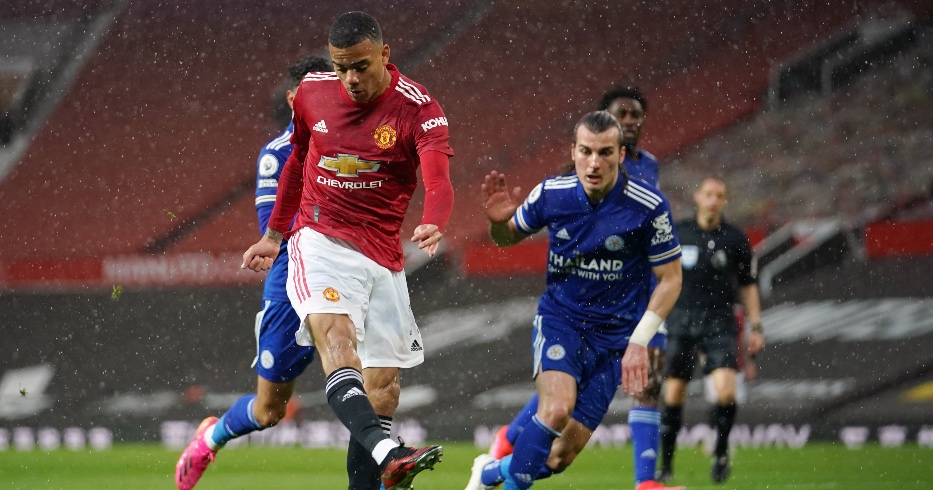 It was an excellent finish by the 19-year-old and took the sting out of the Foxes’ early impetus, with Man Utd looking comfortable on the ball at stages but without creating clear-cut chances.

Leicester probed but failed to get away another shot on David De Gea’s goal, although the United goalkeeper did have to tip a Tielemans cross-shot over his own bar.

Kelechi Iheanacho had a snapshot blocked early in the second half, with Telles whipping over a fizzing free-kick that Greenwood was just unable to connect cleanly with.

In-form Iheanacho was looking most likely to put Leicester back ahead and peeled behind Matic in the 59th minute, only for De Gea to save his shot from an acute angle before United eventually hacked clear.

Solskjaer turned to substitutes Marcus Rashford and Edinson Cavani in the 66th minute in a bid to change the dynamics of a match that was threatening to swing Leicester’s way.

The introductions’ first job was to defend a corner, which Marc Albrighton sent over from the right. Soyuncu shook off Rashford and got above Matic to power a header into the top left-hand corner as United’s soft underbelly from set-pieces was exposed once more.

Leicester’s relief was palpable and they looked to add more. Tielemans collided with the post as he attempted to meet a Jamie Vardy header back across goal, with substitute James Maddison firing wide form 20 yards.

United upped the ante in the closing stages and Bruno Fernandes flashed a shot wide, but Leicester held out for an important victory.