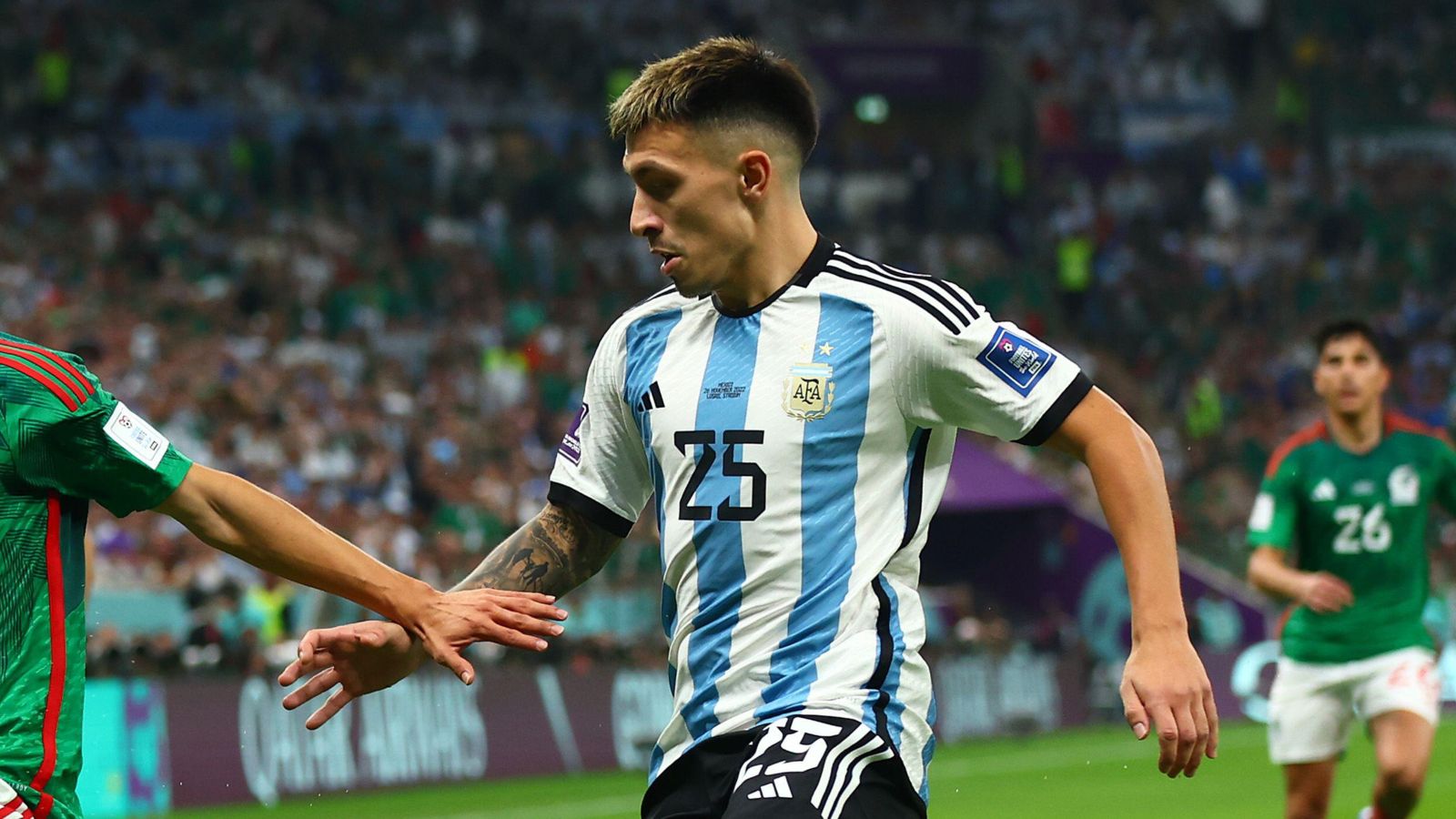 Man Utd summer signing Lisandro Martinez has been praised by Patrice Evra following his promising start to life in the Premier League.

The Red Devils paid around £57m to sign the Argentina international from Ajax in the summer.

Martinez was a key player under Erik ten Hag in the Netherlands and he was quickly identified as a priority target in the summer.

United eventually got their man and this sparked talk that Martinez would struggle in the Premier League given that he’s a tad short.

Jamie Carragher has been outspoken in recent months as he doubted whether Martinez could shine as a centre-back in England.

But Martinez has done well to silence his doubters this season as he has been one of United’s standout players.

He has formed a great partnership with Raphael Varane and he has helped United to progress steadily this season under Ten Hag.

Evra has now been full of praise for Martinez, who is among United’s “best signings for years”.

The former United defender has also likened Martinez to ex-Arsenal captain Per Mertesacker.

He thinks the Man Utd star is far more progressive with his passing than Mertesacker was in the Premier League.

“This is one of the best signings we’ve had for years at Manchester United. It’s because of his fighting spirit. That’s what United fans want to see – those players have to bleed for the shirt,” Evra said via Rio Ferdinand’s Vibe with Five YouTube channel.

“People were talking about his height and I was laughing. Some people said I was too small when I arrived in the Premier League as well. When you play with that heart and passion, size doesn’t matter.

“When he gets the ball, he is so clean and composed. Mexico were pressing everywhere [during Argentina’s 2-0 win] but every time he got the ball he was calm and playing forward. That’s what I love.

“He doesn’t play those one-metre balls to the next player. This is easy.

“When I see those [Martinez’s] stats – I remember Per Mertesacker at Arsenal, the stats said he never lost the ball – but he was passing it one metre, I can do that every day.

“But Martinez puts the ball through the lines like Michael Carrick. That’s what he does and I love that. What a player, what a player.

“All the other aspects of his game are great. I remember speaking to Edwin van der Sar and other people at Ajax about him and they all said he was aggressive and tenacious but also great on the ball and can pass. Top defenders now need to have both sides of the game.”