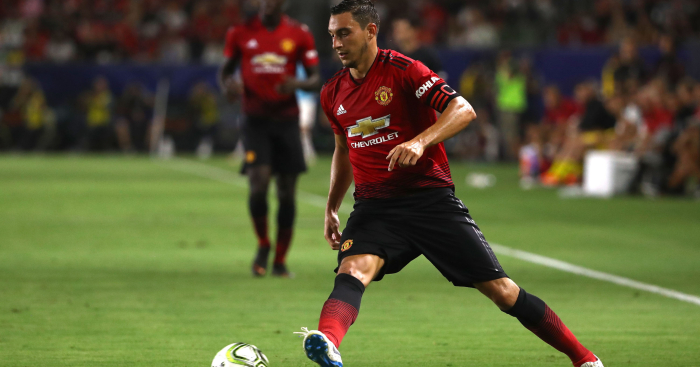 Matteo Darmian looks set to stay at Manchester United this summer after his agent claimed Jose Mourinho is ‘not yet ready to give up on the Italy star’.

The full-back has been a bit-part player under Mourinho at Old Trafford and looked destined to return to Italy this summer after holding talks with a number of clubs.

Of those, it was Juventus who looked most likely to swoop, while AC Milan and Napoli were also said to be keen – the latter of whom presented United with a loan-to-buy offer. But with United refusing to let up on their €20million valuation, it seems any deal now looks to be off and Darmian’s agent suggests his future could now be at Old Trafford.

“There is hardly a possibility of Manchester United and Mourinho giving up Matteo,” agent Tullio Tinti was reported to have said. “So most likely he won’t leave the Premier League and will stay there.”

Darmian admitted recently he wanted to leave the Old Trafford due to his lack of opportunities under Mourinho.

“Yes, that’s what I want [to leave],” Darmian said. “I will probably go to Italy. It is a difficult decision to leave.

“To play for probably the best club in the world is a good thing and for me it’s an honour to play here and play for Manchester United, but we have to take decisions in our life and this is my decision.”