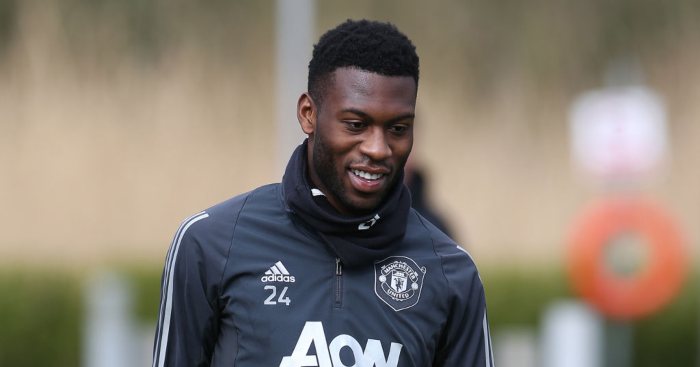 The 23-year-old rejected the offer of a contract extension late last month.

He’s pursuing a transfer in the hope of getting more first team football, after making just one Premier League appearance this term.

According to Manchester Evening News, the centre back is in talks with German side Leverkusen over a move.

They will pay Man Utd around £1.5 million for the player’s services. That’s a heavily reduced fee as his contract is set to expire in June.

Leverkusen were one of three clubs to monitor Fosu-Mensah last year, before Man Utd extended his contract until 2021.

Fellow Bundesliga side Hertha Berlin, alongside Dutch giants Ajax, are also interested in signing him.

It looks like Leverkusen have beaten those two clubs to a transfer.

The Dutchman was highly thought of when he joined their academy from Ajax in 2014.

He subsequently played for Crystal Palace and Fulham on loan, but Solskjaer hasn’t trusted him this campaign.

When asked about his situation recently, Solskjaer said: “I’m not sure if he will stay or if he’s going to take [another] option now. He’s not played enough, so of course he’s been allowed to speak to clubs with a view to leaving in January.

“It’s difficult when you have good players, talented players, and you can’t give them game time. He’s now at the stage where he needs to go and play again.

“It might be end of January or in the summer where he finds somewhere else. He’s working hard so he’s ready for a move for any club he feels ready for.”

Fosu-Mensah is desperate to become a first team regular ahead of the European Championships later this year. Leverkusen could be a great destination to get his development back on track.