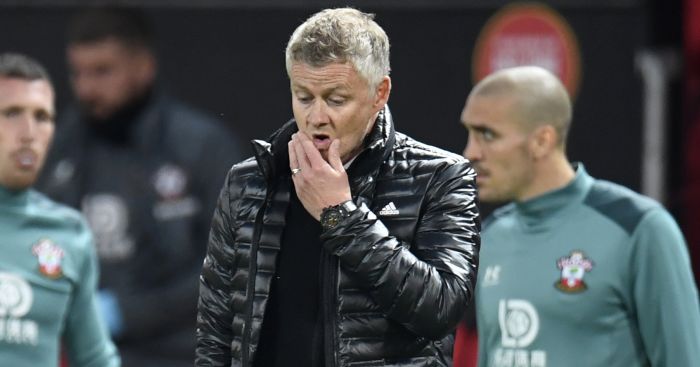 Manchester United didn’t deserve to take all three points against Southampton, according to their manager Ole Gunnar Solskjaer.

The Red Devils conceded a 96th minute goal as Southampton grabbed a 2-2 draw at Old Trafford. The draw means United missed out on moving into the top four of the Premier League.

But despite the setback it gives to his team, Solskjaer was accepting of the result. Speaking to Sky Sports after the game, he said: “Southampton are a good team and they deserved to get something from the game.

“They played well, they’re a physical, very, very fit side. They run, they chase and we never got the rhythm in our passing today. Especially after we got 2-1.

“You can play better but we created some chances and played some fantastic football at times.

“Anthony [Martial] has two massive chances that he creates for himself and the two goals are very, very good.”

Solskjaer also refused to blame fatigue for the dropped points. The Norwegian manager selected the same line-up for a fifth consecutive game, but United couldn’t produce another ruthless display as they have done often of late.

When asked if his squad may have been tired, Solskjaer added: “No, I don’t think that’s the case. We’ve had enough recovery.

“It’s just one of those days. We didn’t take our chances, they took theirs at the end. David [de Gea] had one really good save, apart from that we created the biggest chances.

“We could have had the three points but then again, you’re not going to be given three points. You’re going to play against team that will show what they can do and Southampton are a good side.”