Home All The News Man Utd are ‘dithering’ over signings, says Prem legend

The Arsenal hero has urged Man Utd to push ahead to sign these two players... 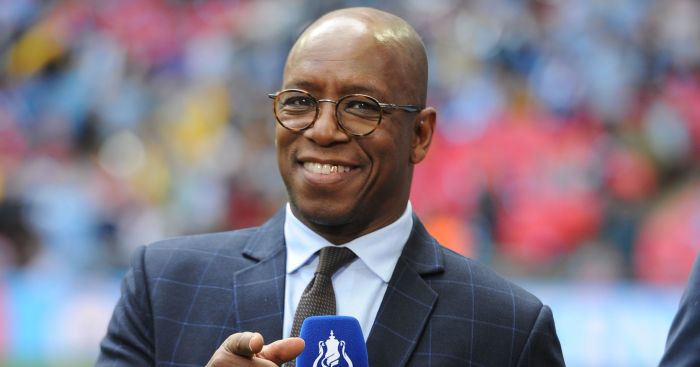 Ian Wright has insisted that Man Utd need to push ahead to sign Dayot Upamecano and Jadon Sancho this summer.

The Red Devils have been linked heavily with the pair over the past few months. It is no secret that Sancho is United’s number one target this window, but a deal is not yet finalised.

RB Leipzig’s Upamecano earned a lot of plaudits for his performances in Europe last season. The 21-year-old centre-back shone as the German side reached the Champions League semi-finals.

He is regarded as one of the leading young centre backs in the world. Meanwhile, Sancho’s form for Dortmund in recent seasons has placed him among the highest-rated forwards in Europe.

United’s Premier League rivals have all been busy making signings this summer. But Ole Gunnar Solskjær’s have only signed Donny Van De Beek from Ajax so far this window.

“Upamecano, 21 years old, he’s probably desperate to go somewhere like Manchester United. Why aren’t they doing that deal? Especially when you watch how Harry Maguire and Victor Lindelof played the other day.

“We know that the goalkeeper [is struggling]. I think Dean Henderson coming in there is not going to help David de Gea.

“I think it’s going to put him under pressure knowing that there’s somebody who’s going to cause him problems, and I think we’re going to see more mistakes out of him.

Man Utd lost their opening league game of the season to Crystal Palace last Saturday. They were beaten 3-1 by the Londoners, and they have been slated for their lacklustre performance.

Among those to be criticised is central defensive duo Maguire and Lindelof. Wright has warned Maguire that he is in danger of being caught out when playing against big teams.

Wright added: “The thing with Harry Maguire, being at Leicester and Hull before, is that I believe his game is the same as it was there – he made those same mistakes.

“He gets himself too square sometimes, he pulls himself out of position, you can get in behind him. Those things are down to coaching.

“I know we’re talking about money, but if they’re coaching him right – as a footballer, coming out [with the ball], perfect – but defensively the top teams will annihilate those two as centre-halves.”