"We often have contact. We used to play together at Ajax for a long time and have actually always kept in touch." 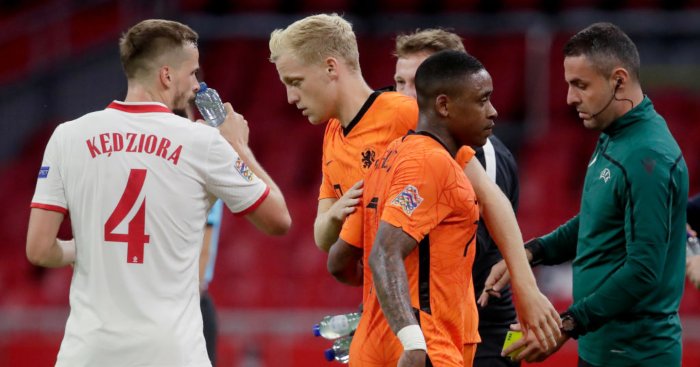 The 23-year-old, who became the Red Devils’ first signing of the summer last week after joining from Ajax in a deal worth a reported £40m, plays with Bergwijn at international level for the Netherlands.

And Van de Beek has said how Bergwijn – who moved to Spurs in January from PSV – was keen to link up with him at Tottenham this summer.

“I have to say that he just sent me a message: ‘Are you coming to us or not?’” said Van de Beek. “We often have contact. We used to play together at Ajax for a long time and have actually always kept in touch.

“I think we will see each other again soon. But I chose to join United. It’s a fantastic step, and I think now is the right time.”

“He will be challenged, the average age in the Premier League is probably around 26 or 27, but I think he has shown in European campaigns that he has enough skills to play at the highest level,” Jongkind told the Manchester Evening News.

“He likes a challenge and he has this mindset that he wants to go further every time. I think this is a better time than, for example, [Justin] Kluivert to Roma, that was too early.

“It is also a good club to move to. United have a history of bringing in youth players, I think it’s a great choice, much better than Real Madrid, I think that would have been a disaster. The playing style is more akin to Donny at United than Real Madrid as well.”