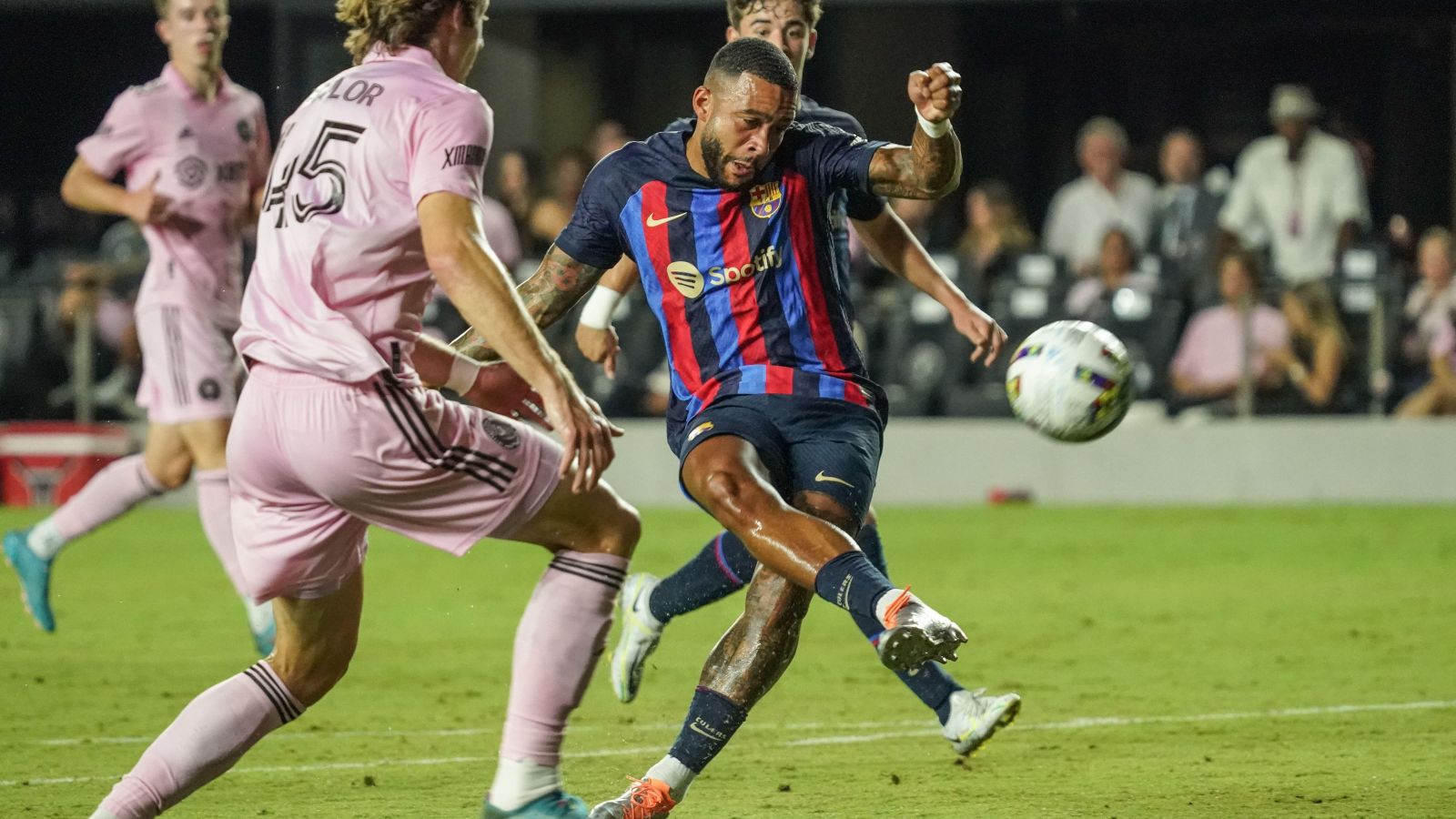 Man Utd have reportedly received a boost in their pursuit of Barcelona duo Frenkie de Jong and Memphis Depay, according to reports.

The Red Devils have already signed Christian Eriksen, Lisandro Martinez and Tyrell Malacia so far this summer as Erik ten Hag looks to revamp his squad at Old Trafford.

Ten Hag has a lot of work on his hands to get the Red Devils back into the Champions League for the 2023/24 season with most of the ‘Big Six’ clubs performing well in the transfer window.

One of his top transfer targets this summer has been Barcelona midfielder De Jong which has already turned into the biggest transfer saga of the summer window.

Man Utd have reportedly agreed an €85m deal with the Catalan giants for the Netherlands international but there are issues on the players’ side that need sorting.

Barca owe De Jong around £17m in deferred wages and bonuses from during the height of the Covid-19 pandemic while there are rumours that he is not keen on a move to Man Utd.

But now the Daily Mirror claims that Man Utd have been ‘been handed a double transfer boost’ – with Ten Hag given the ‘green light’ – as Barcelona are set to ‘inform’ De Jong and Depay they ‘must leave this summer’.

Barcelona boss Xavi has ‘arranged a meeting’ with both the players where he ‘will inform them of the club’s intentions to move them both on this summer, which will hasten their exits.’

The report adds that Man Utd are confident that De Jong does want to join them this summer and it is the money he is owed which is proving the biggest stumbling block.

Depay, who has been linked with a €20m move to Tottenham, is now apparently a target for the Red Devils and could return to Old Trafford this summer after a previously unsuccessful spell.

The Daily Mirror claims: ‘The return of Memphis – who would add to United’s Dutch contingent – would be a move that suits both clubs.’