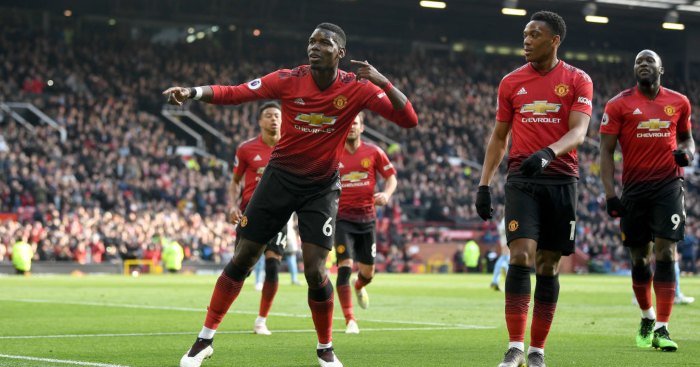 A report has claimed that the reason for a number of Man Utd exits in recent times has been because of cliques in their dressing room.

Sport Witness describes Serie A as the ‘dumping ground’ for Man Utd departures in recent years with Romelu Lukaku, Alexis Sanchez and Ashley Young all heading to Inter Milan.

Matteo Darmian has ended up there too this summer, while Andreas Pereira swapped Old Trafford for Lazio, Diogo Dalot headed to AC Milan and Chris Smalling turned is now at Roma permanently after a successful loan spell there in 2019/20.

FEATURE: Everything Pogba and Raiola have said about leaving Man Utd…

Although there were promising signs at the end of last season, Ole Gunnar Solskjaer and United have come in for criticism for their start the campaign.

The Red Devils lost their opening Premier League match 3-1 to Crystal Palace, before scraping a win over Brighton the following week and then Tottenham humilated them 6-1 in their last match.

Writing in La Repubblica (via Sport Witness), Italian journalist Paolo Condo thinks the outlook at Man Utd could look even bleaker by the next transfer window.

Condo claims: “If things don’t improve, the next transfer window will be used by someone to attack [Nemanja] Matic, and in the background remains the boulder of [Paul] Pogba’s contract expiration, set at 2021.

“The players, then, talk to each other. Lukaku was tired of United because Pogba and [Anthony] Martial were struggling to pass him the ball, a picture of a dressing room divided in groups.

“When Sanchez and Young asked him before signing how things were at Inter, the first answer was ‘really good, there are no clans’. Times have really changed.”