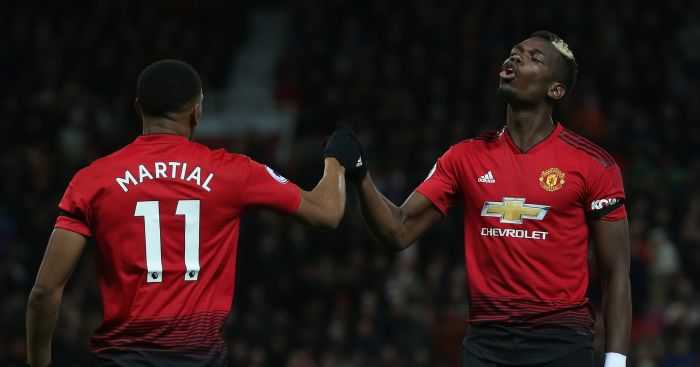 Manchester United midfielder Paul Pogba and forward Anthony Martial have withdrawn from the France squad for the Nations League match against Holland and friendly with Uruguay because of injury.

Pogba was absent from the United squad which was beaten 3-1 at Manchester City on Sunday, with Martial completing the full game.

The French Football Federation confirmed on Monday neither player would be involved for the world champions over the international break.

A post on the France national team Twitter feed said Pogba’s injury was a thigh problem, while Martial had an abductor-related issue.

Both players had reported to the squad’s base at Clairefontaine and been assessed by Dr Franck Le Gall.

France can secure top spot in Nations League Group A and qualification for the finals when they tackle Holland in Rotterdam on November 16.

Comment: Roger Federer’s lack of excuses suggest he is closer to the end than we feared (Tennis365)