"I honestly don't know what made me think that. What more could we possibly do as a team?" 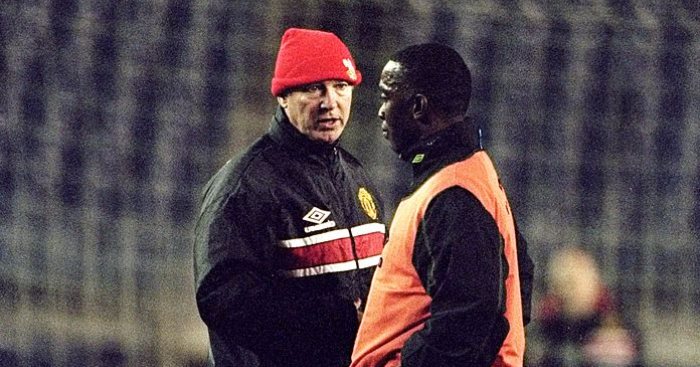 Dwight Yorke says he was told to “f*** off and get lost” after asking former Man Utd boss Sir Alex Ferguson for a paid year off from football.

The former Trinidad and Tobago international was part of the famous 1999 treble winning side, who lifted the Premier League, FA Cup and Champions League in the same season, while Yorke also added another two Premier League titles during his time at Old Trafford.

Yorke scored 65 goals in 152 appearances for the Red Devils and he felt that he should be afforded a rest after their incredible triumph in 1999 – but Fergie was understandably having none of it.

Speaking to the UTD Podcast, Yorke said: “Yeah (he asked Sir Alex for a year off), with pay. I mean what else is there to do in football after winning the treble?

“I was on such a high. It was ridiculous. Concorde was flying back then and I remember we went to New York. Back in the days they used to put you up with the pilot. I got to New York and I thought ‘what else is there to achieve after this?’ because everything else will be a failure or deemed as a failure.

“I went into the gaffer’s office and said ‘what are we doing? After winning the treble there’s nothing to do. Can I have a year off from football with pay? Then I’ll come back the next year and rejoin the team’.

“I honestly don’t know what made me think that. What more could we possibly do as a team? Yeah we could repeat it but if you don’t then the team is a failure. If there was a time you were going to ask the gaffer for anything, that was it. I didn’t have anything to lose.

“He could only tell me to f*** off, which he did. He said ‘f*** off and get lost’. It was jokingly but if he had said to take a year off then I would have done. But I knew that wasn’t going to happen so I thought it was worth a try.”