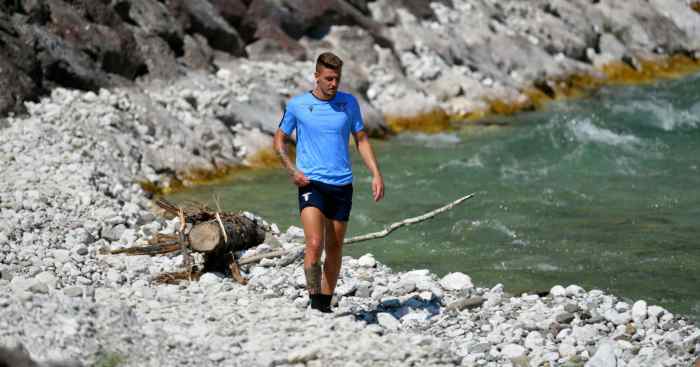 Manchester United are close to sealing a deal for Lazio midfielder Sergej Milinkovic-Savic, according to a report.

The midfielder has been hot on the radar for clubs all over Europe for the best part of 12 months, with United, Juventus and AC Milan all reportedly keen.

The Red Devils have been heavily linked with a move for the Serbia international, with rumours intensifying recently.

And now La Repubblica (via Sport Witness) claims that United are ‘well underway’ in the process of bringing Milinkovic-Savic to Old Trafford after Real Madrid ‘decided to accelerate’ their efforts to sign Paul Pogba.

The La Liga giants have had an ‘agreement for some time’ with Pogba and it has forced United into action over Milinkovic-Savic.

The report adds that the 24-year-old will sign a ‘rich’ five-year contract at United with a €75m plus bonuses deal ‘practically done’.