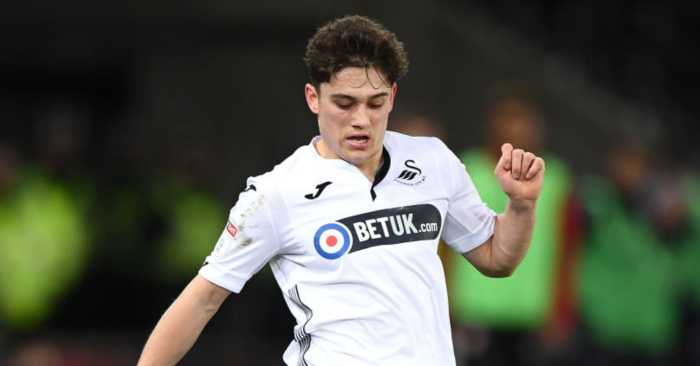 United were linked with a move for 21-year-old James around a fortnight ago as part of Ole Gunnar Solskjaer’s squad rebuild.

The manager himself was asked about the speculation recently, only going as far as to state that “the earlier you can do the transfers, the better it is”.

The Daily Mail suggest that United have heeded that warning, and ‘have agreed’ a deal with Swansea with their season barely over.

Brighton, Everton and Newcastle were all interested in James but United ‘offered the most attractive transfer fee and wages’.

To that end, Sky Sports  – who say the deal is not done – add that ‘personal terms have been agreed’ with the player, who was wanted by Leeds in January.

The Mail story also says United ‘have earmarked him for a right-wing role’ despite his versatility, having ‘made specific checks on his suitability for the position during their enquiries’.