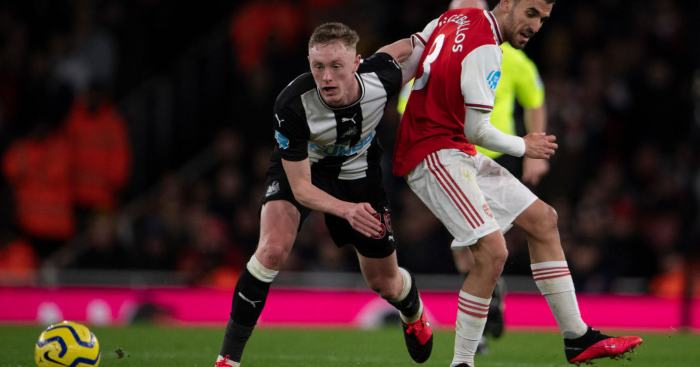 A report claims Manchester United will not follow through with their interest in Newcastle United midfielder Sean Longstaff.

The 22-year-old midfielder, who has emerged for the Geordies last season had, apparently, been targeted by Ole Gunnar Solskjaer, and the injury to Scott McTominay made the Norwegian’s demand for a holding midfielder greater.

McTominay is now back in the United fold, although Solskjaer is still expected to recruit in midfield in the summer with Paul Pogba’s future uncertain.

Fellow midfielder Nemanja Matic is out of contract in the summer, although there is an option for another 12 months in his deal which the club are likely to trigger.

The 31-year-old has started eight of the last nine Premier League games and Solskjaer may fancy having the imposing Serbian around for another season.

One player who is not on Solskjaer’s radar though is Longstaff, according to the Manchester Evening News.

United were chasing the player last summer, but a reported £50million valuation saw them back off, and now their have shelved their interest altogether in the Newcastle-born player.

‘Judging by the response from club suits to queries about Newcastle United’s Sean Longstaff, he is yesterday’s news,’ read a piece in the MEN.

They do suggest that ‘United are two midfielders short’ assuming Pogba leaves in the summer and are still keen on a midfield screen, as well as monitoring Jack Grealish and James Maddison.

Longstaff remains under contract until June 2022, but Newcastle are hoping to tie down their home-grown prospect for longer.

Speaking about the interest last summer Longstaff told The Times: “You’re seeing stuff about yourself on the telly and the next day I’m in the gym and I can’t even step on to a box that’s the height of my shin, or get up the stairs without grabbing something.

“It’s not really something for me to comment on. It’s between the clubs.

“I was flattered to get my name mentioned in those conversations, but like my dad says, ‘Sport’s got a funny way of dragging you back down to earth.’”