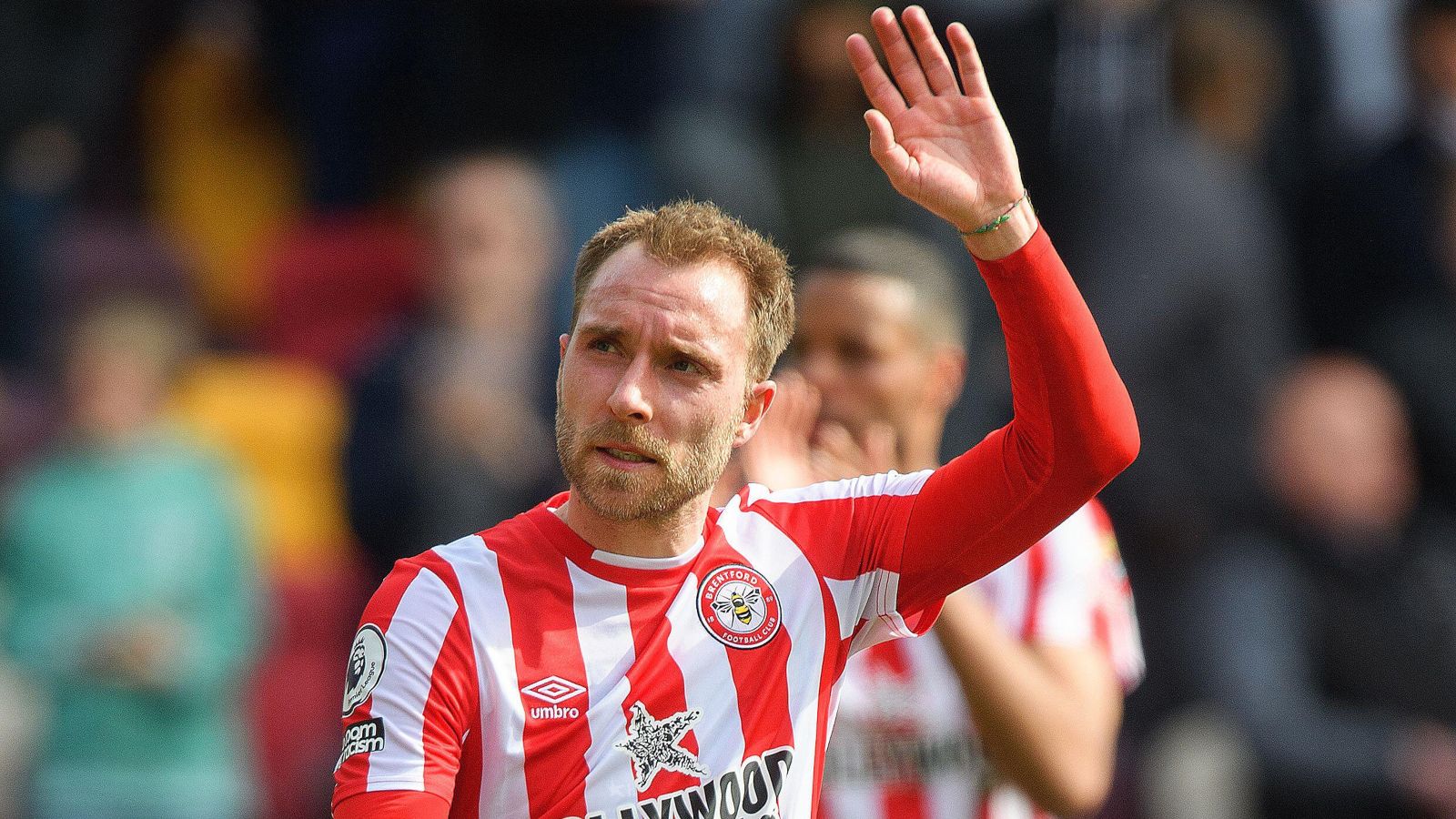 “Confidence is growing” that Christian Eriksen will choose to join Man Utd this summer over Brentford, according to reports.

The Denmark international made an extraordinary recovery from a cardiac arrest suffered at Euro 2020 to join the Bees for the second half of last campaign.

He was allowed to leave Inter Milan in January with Eriksen unable to play in Serie A as the league’s rules prevented him from playing with the defibrillator he had fitted after collapsing at the Euros.

Eriksen’s contract at Brentford will expire at the end of this month and the 30-year-old will decide his future soon with Man Utd and Newcastle reportedly interested.

It had been claimed that the Dane would prefer to remain in London as his family are settled there but, with Tottenham apparently pulling out of the race to sign him, Eriksen could think again.

And talkSPORT journalist Alex Crook claims that he has heard that “confidence is growing” at Man Utd as they look to tie up a deal for Eriksen.

Crook said on talkSPORT: “I was told yesterday that confidence is growing that Christian Eriksen will choose Manchester United. But I think that in itself is quite a damning statement because Tottenham has pulled back from their early interest.

And former Man Utd defender Gary Pallister reckons signing Eriksen on a free transfer would be a “no-brainer” for the Red Devils.

“I think that is a no-brainer if they can get their hands on him,” Pallister told The Metro earlier this week.

“Hopefully his medical issues are all dealt with, we saw in his role for Brentford last season that he has still got amazing ability and on a free transfer, it’s a no-brainer.

“You wonder how it would work with Bruno Fernandes at the club but that’s for Erik ten Hag (to sort). But I don’t think you can ever have too many quality players in the side.

“It gives you options, helps with injuries if that becomes a problem and when you have someone with the class of Eriksen… I would like to see that deal done as well.”