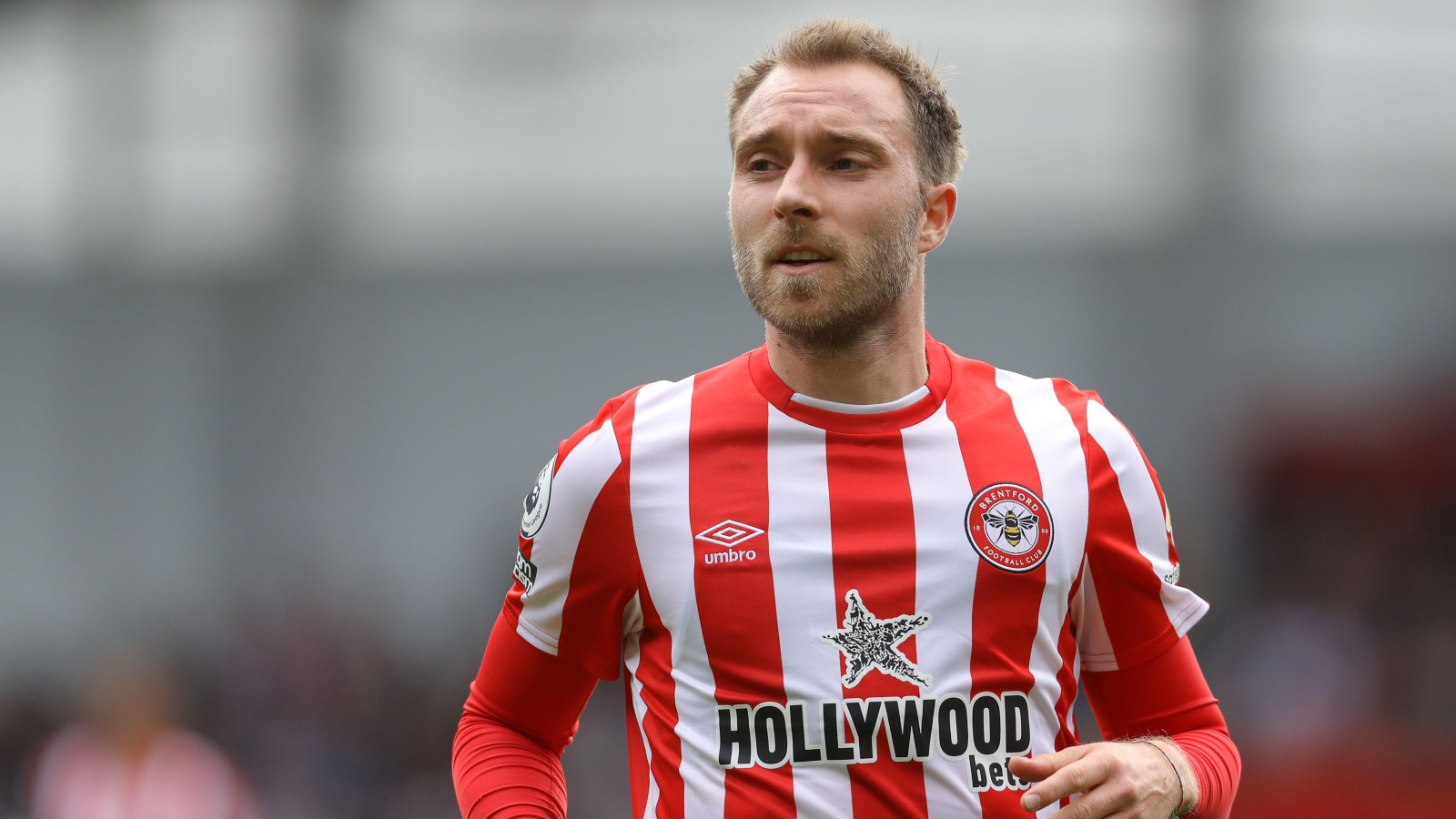 Christian Eriksen has verbally agreed to join Manchester United and Danny Murphy believes he will fail to make the Red Devils any more “competitive” in the Premier League.

The Denmark international has been linked with a number of clubs this summer, including a return to Spurs, but has opted to team up with Erik ten Hag.

READ MORE: The last few years have seen a revolution in women’s football and it’s about to get louder

Eriksen returned to the Premier League in January following his collapse on the pitch at Euro 2020 after suffering a cardiac arrest.

Having been fitted with a cardioverter-defibrillator he was unable to continue to play for Inter Milan due to Serie A rules.

His fine form for Brentford has persuaded United to strike a deal for the 30-year-old.

The Athletic claim Eriksen has told United he wants to join them and is prepared to accept their offer of a three-year deal.

Contracts are currently being drafted and the playmaker will then have to undergo a medical.

But Murphy believes Eriksen will struggle to get a game and will is not the sort of player United should be signing to close the gap to Liverpool and Manchester City in the Premier League.

He told talkSPORT: “It’s a difficult one because I really like Eriksen. I’ve always admired him in terms of his creativity and the way he’s free with his football and tries things.

“Would it excite me if I was a United fan? He’s going to be a squad player, isn’t he? He’s not going to play instead of [Bruno] Fernandes.”

Asked if he’s a world class player, Murphy said: “No. He’s a welcome addition to any squad because he has experience and he has quality, but if you’re looking at the big games where United compete with Liverpool, City and Chelsea, is he going to play in their first 11?

“No, is the answer, if they want to be competitive.”

He added: “You can’t play him and Fernandes. He’s a number 10 or a number 8. [Paul] Pogba and Fernandes played together on occasion, but not very often and that’s why United were so easy to play against at times.

“He’s not going to be instead of De Jong. They’ll go for someone like De Jong if they can’t get him.

“For Eriksen it’s a wonderful opportunity to be at a huge club again after everything he’s been through.

“I can understand why he’d go there, I understand why the draw of Man United would get him over the line, but in the cold light of day if they want to be competitive with Liverpool, City and Chelsea, that’s not the type of signing that United should be making.”