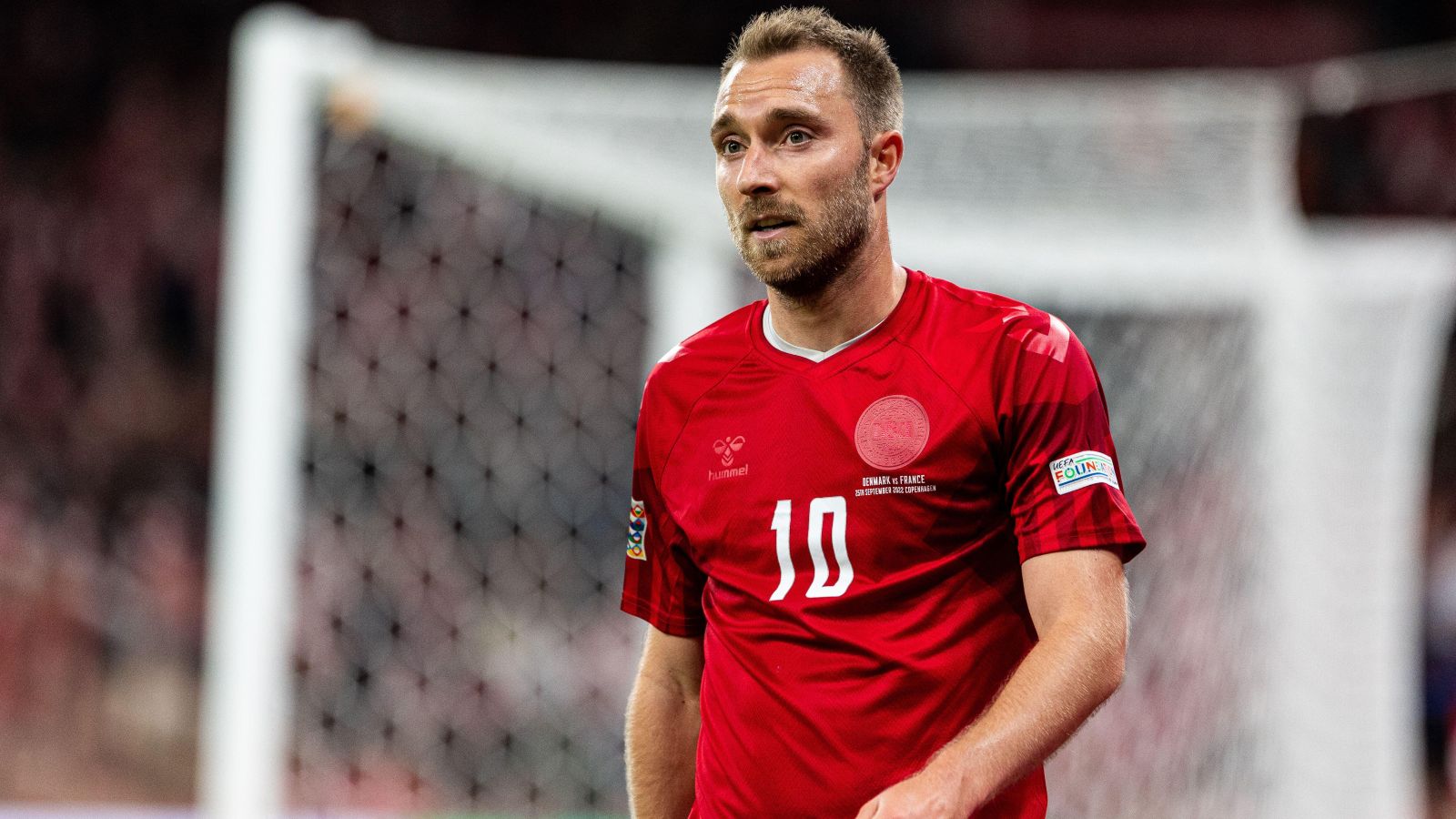 Denmark manager Kasper Hjulmand has heaped praise on Man Utd midfielder Christian Eriksen for his performances during the international break.

He has played well so far this season for the Red Devils and carried on his club form on the international stage with two brilliant performances in a 2-1 loss to Croatia and a 2-0 win over France.

And his manager Hjulmand has hailed Eriksen as an “incredibly important player” for Denmark and one that “cannot be stressed on a football pitch”.

“Christian’s age does not matter. I am convinced that Christian has the best football years of his career ahead of him,” Hjulmand said (via Sport Witness).

“He’s so clear about everything he does on a football field. That man cannot be stressed on a football pitch. He is so calm, so smart and plays with such great energy. It really is a pleasure to experience.

“He shows what he is – a world-class player. He not only has the x-factor that all teams need. He also delivers great running work and is involved in all phases of the game. No one can doubt that he is an incredibly important player for us.”

And Denmark team-mate Joakim Mæhle has also praised Eriksen, he said: “It’s not just against France, he was fantastic. When I see him playing for Manchester United, there is no doubt that he is a world-class player.

“Of course, we also had good performances when Christian was not part of the team, but we have missed him, and you can never complain about having an element like him in the team. He is a top-top player and top-top person.”

Deschamps said: “There is an attacking player who even surprised me, and not just because of what had happened that could have been dramatic for him, and obviously it’s Christian Eriksen.

“But the ability that he shows with his club in the position he plays, because he has always been someone who has a remarkable technical ability.

“But to play so frequently for his club in the midfield, to see the volume of games he plays, this ability even to recover is impressive.