Home Mailbox Biggest season for Man Utd in a decade? And other mails… 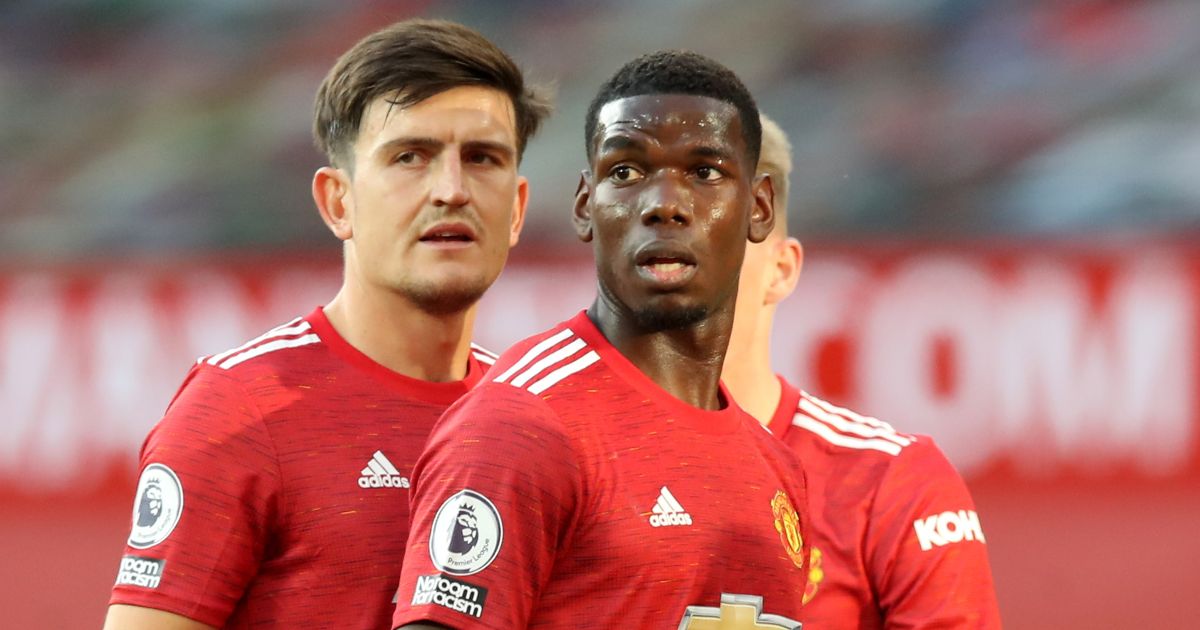 Thanks for all your mails. Keep them coming in to theeditor@football365.com…

Biggest season for Man Utd in a decade?
If rumoured signings in this summer window are true, then this must be Man Utd’s biggest season post-Fergie. It’s the first time they can genuinely be considered title contenders.

With Varane and Trippier both arriving, I presume it gives Ole an option of 5 at the back, literally the England back 5 with Varane for Stones and AWB for Walker. Given AWB’s defensive excellence and attacking limitations, being right side of a back 3 could be perfect.

In midfield, are Fred & McTominay in the starting 11 of a title contending side? Pogba has 12 months left. Do Utd really want to risk losing such a valuable asset for free…again? They might not have a choice, but it will be a helluva boost to get Pogba to stay in a title contending squad with a system and colleagues that finally gets his France form in a Utd shirt.

It’s upfront that confuses me. Martial isn’t good enough, Cavani’s great but ageing and Greenwood maybe isn’t ready to lead the line. Rashford is inconsistent and Sancho will be on the flanks. Will that combo (plus Bruno) get enough goals?

Exciting to find out.
Graeme, Glasgow

Why can’t England win the World Cup?
Hi there

My take on this is simple.

British teams want to win the Champions league and Europa leagues for the financial benefits so that they can purchase better player to keep winning. (Mostly foreign players)

If you can’t win these competitions with British players only you will find it difficult to win the European championship or the world cup.

England had an amazing youth development at one point, but the temptation to go for foreign “good players” takes up space in Premiership teams for British players to improve their crafts.

Start off by winning UCL and EL with 99% British teams, then you can start focusing on European championships and world cups.

Foreign players come to the best league in the world to get better and then go back to their National sides and beat you guys when it counts.

England and the dead ball
We invented, perfected and then spread this game around the world. Somehow we attached a method of deciding victory….that ended up being to our long term disadvantage.

In order to win anything, we must re-master the dead ball. The penalty, the free kick and the corner. Some thoughts as to how we go about this:

This is our game. If we successfully tweak our domestic game to address our flaws – we will win trophies. With these players.
Tom S (missed my train writing this….)

Euro 2020 misconceptions…
Ok, the euros is over, Italy are deserving winners in the end, apart from the Spain game, they never looked likely to lose or even concede more than one on any occasion. England have done themselves proud, and the tiny fraction of the fans that spend their time abusing Saka, Rashford and Sancho using their skin colour is a perfect representation of why many wanted England to fail, did you see any such rampant abuse directed at Mbappe or Pogba after France were knocked out? Especially Saka (19), the occasion must have been new to him, I don’t think he should have taken the last one, but I don’t blame Southgate, there is a thin line between trusting your player and holding back for his own good, they should be ashamed, but it is in fact a lack of shame that makes them behave that way in the first place.

Keeping that aside, let’s review some misconceptions from the tournament,

1.) France don’t press whatsoever:
This applies to Portugal but not necessarily to France, they don’t press aggressively, that is a given, but they did press, usually in a compact 4-3-3 trigger pressing system, you could easily pass it around your backline, but they did not just allow you to progress into their half, except if your definition of pressing was what Leeds and Liverpool do, in which case France did not press.

2.) England are a defensive team:
Let me make this clear, the statement, ‘England are a boring team’ and ‘England are a defensive team’ are not the same, the latter indicates a fact while the former, an opinion. It is largely useless to argue opinions even though I do agree with it, but as a fact, England are not defensive, when in their opponents half, they press very aggressively, they commit bodies to the attack usually in the now standard 3-2-5 shape, and except in the final, they did not cease territory to any opposition, not even Germany, when in their half, the focus on denying the opposition, the two most important commodities in attack, space and time, and succeeded in doing that very well, generally, England are like Thomas Tuchel’s Chelsea and PSG, but without all that complex positional play and automatisms, meaning, you easily underrate them, but defensive, they are not.

3.) Bruno Fernandes did not have a good tournament:
This is not exactly correct, some stats will suggest he even did better than de bruyne, by his standards, Fernandes didn’t do well, but don’t pretend that he should have been dropped because of blind hatred for him, even Mourinho who said Fernandes was not playing did say that they needed him to win, he didn’t ask Santos to drop Bruno. He finished the tournament with the most chances created per 90 for Portugal with 2.62, the most chances created for Portugal per 100 touches with 4.38, joint second are Jota and Moutinho on 3.13 and the most chances created for Portugal per 100 touches with 5.56. It is not his fault that Santos was not willing to accommodate his natural risk taking style, and for what it’s worth, I feel Portugal should have built the team around Bruno and not Ronaldo, since he is the creator, he also created 3 chances with his last 3 passes in the tournament.

4.) Spain only pass around lifelessly (if such a word exists) for 90 minutes:
Sorry to burst your bubble but that is a bit incorrect, Spain actually created the most non penalty chances per 90 in the group stages, expected goals indicate that they should have scored by some distance the most goals in the tournament, wait have you even forgotten who their coach is, Luis Enrique, the treble winning coach criticise by Barcelona fans for making them too direct for their liking, naturally, they still control a lot of the ball, and pass a lot, but that says more about the disinterest of the opposition than their own style themselves, watch the first leg vs Germany in the nations league and you will know what I am talking about.

5.) And Finally, Germany are a terrible side:
I am sorry but Germany are not that terrible, they are just a side who have forgotten a bit how to find the balance between attack and defence, something Italy largely succeeded at doing in the tournament, the two goals England scored against them came on the counter, they conceded 6 against spain, they were creating chances but conceding them as well, Low was desperate to salvage the situation, he thus switched to a back three, brought back the experience of Hummels and Muller and especially against England, tried to maintain possession to take the sting out of the game, sadly, the situation was just not ideal enough, but a new era beckons, what does the future of Hansi Flick have in store, I wonder?
Sa’ad

Saka would have been booked?
I’ve learned a couple of concerning things from Weldoninhio’s letter.  First, I’m led to understand that every time a player handles the ball they will receive a yellow card.  I expect many more bookings next season.  Second, apparently infringing the rules means it’s open season on you.  I can only assume that a red card to Chiellini for smacking Saka in the ear would have been overturned when VAR saw the hand ball.  You have been warned.

The last sentence in my initial letter said “And if that’s the case it really should change”.  This was a high profile play in a high profile match, and it sets a precedent.  Every defender in the world has been told not to worry if someone gets by you, grabbing him by the scruff of the neck and yanking him off his feet only gets you the same punishment as a grab of the arm or a tug of the shirt.

The NFL banned this type of play because it can result in serious injury.  They banned it after it had already resulted in several serious injuries.  Maybe the NFL are misguided in worrying more about protecting their players than about whether a goal scoring opportunity was denied.

Forget about Chiellini, that’s in the past, just let every other defender know that in the future that type of play is not ok.

Harry Maguire
He was Whoscored’s top rated centreback last season. He has made our shit defense noticeably better. He clearly made England better this summer. He cost 80M. Up until his injury last season he had played every single minute of every league game since he signed.

You sir, are daft.
Calvino( He does turn like a bus but he is not slow by any means) (Also, England had 4 midfield maestros in the 00’s and it got them nowhere)

Certainly not Roberto Martinez
JP there are lots of reasons that Martinez is not the answer. He too has struggled to manage a squad with a lot of talented players and his substitutions have raised eyebrows.Unusually, Martinez is being criticized by some here for being too conservative and not unleashing the attacking football you associate with him from his Wigan days. He looks like he’s been over-promoted to get the Belgium job.

Furthermore, while he managed to get beaten by France in the World Cup semis he’s just failed to beat Italy and hasn’t gone beyond the quarter finals of the Euros. What a weird choice as an upgrade on Southgate!
Paul in Brussels