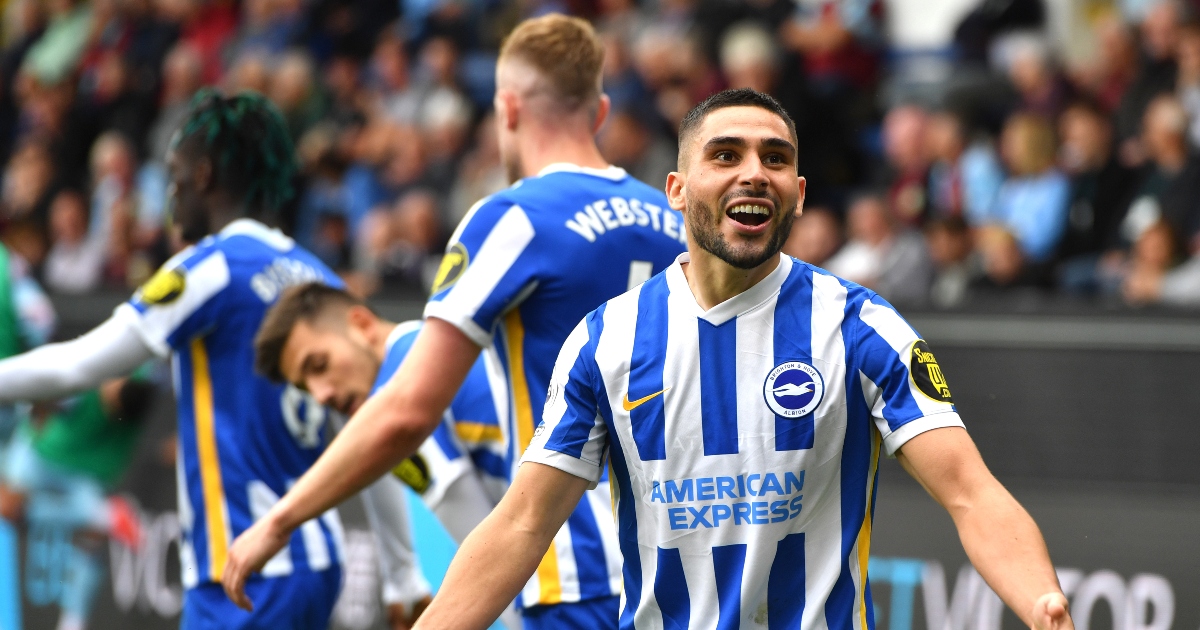 Graham Potter has underlined Neal Maupay’s importance to Brighton amid reported interest from Everton and once again responded to rumours linking Yves Bissouma with a move away.

The two sides meet at the Amex Stadium on Saturday and the contest has been given an added twist with Maupay supposedly on the radar of Toffees boss Rafael Benitez just days before the transfer window closes.

French striker Maupay has produced some fine early-season form as Brighton have opened with two top-flight wins for the first time.

Goals against Burnley and Watford took Maupay’s tally to 20 in 76 appearances since joining the Seagulls from Brentford in a £20million deal two years ago.

“He’s been important since he’s been here,” Brighton boss Potter said of 25-year-old Maupay, who hopes to shrug off a shoulder injury to play against Everton.

“He’s a player that’s developing all the time. He’s not perfect, but he has a lot of really good attributes and qualities that the team appreciates.

“We’re pleased for him that he scored two goals in his first two games. There’s a lot of work which goes on outside that which is important for us as a team.

“We’re pleased with the start he’s had and hopefully he can continue.”

Brighton have had a quiet transfer window so far with Zambia midfielder Enock Mwepu their only major signing.

Mwepu arrived from Austrian club RB Salzburg for around £20m in July and Potter played down the possibility of him adding to his squad before Tuesday’s deadline.

“I understand how the window works. I’m really happy where the group is at and the players coming back.

“We’ve got competition and we’ve got good numbers. We just have to continue to look because we know when the window is open anything can happen. We’ll see what we can do.”

There has been plenty of noise around Mali midfielder Yves Bissouma’s future given his performances both this season and last, with reports suggesting both Arsenal and Manchester United could make a move.

“I’ve been answering questions about Yves for a long time,” Potter said.

“It’s just part of my daily routine, it’s part of football. I know from his performances he is doing his best for the team.