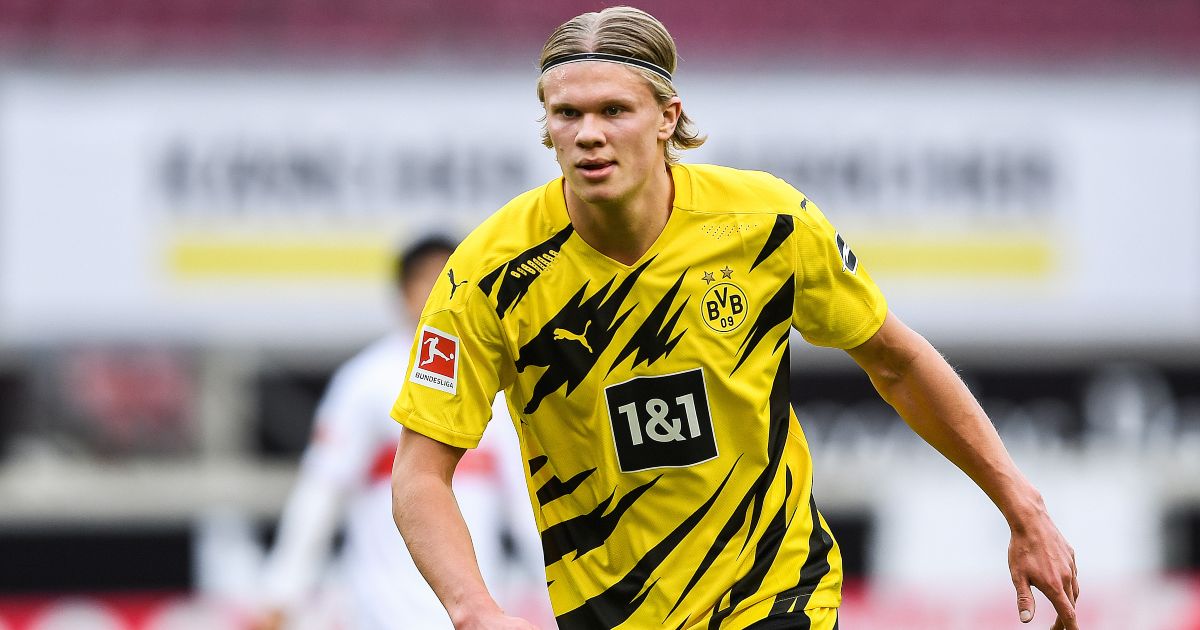 Man Utd will try to avoid another transfer saga with Erling Haaland after failing to land Jadon Sancho last summer, according to reports.

Haaland has scored 78 goals in his last 79 matches for Borussia Dortmund and former club RB Salzburg, leading to interest from the top clubs around Europe.

The likes of Man Utd, Man City and Real Madrid have been heavily linked with his signature as speculation builds that he could leave Dortmund this summer.

Mino Raiola and Erling’s father Alf-Inge have been criticised in recent weeks for their role in fueling the transfer fire, with reports suggesting they have held meetings in Spain and England with potential suitors.

However, Haaland’s agent hit out at the reports in a post on his Twitter page with the word “fake” pasted over various stories.

Man Utd were understood to be in the race to sign Haaland before he opted to sign for Dortmund in 2020, with The Athletic suggesting they could attempt to sign him again in the next transfer window.

Laurie Whitwell and David Ornstein combine to say that the Red Devils ‘are guarded against entering into another transfer saga’ with Dortmund ‘after spending 10 weeks trying to negotiate a lower fee’ for Haaland’s team-mate Jadon Sancho last summer.

It is understood that the Man Utd recruitment team ‘will privately be urged to assess whether Haaland is a viable option’ with Tottenham striker Harry Kane also heavily linked.

The Athletic adds that United will ‘exit the race quickly if the cost is judged too high, so that other centre-forward targets can be pursued’ as any move for Haaland is likely to ‘break wage structures’.

City are also in the frame to land Haaland and the report claims the ‘dilemma for both teams is whether to clear a path for Haaland to take financial supremacy over established players’.

Kane is understood to be ‘next on United’s list’ as doubts over his future at Spurs continue to grow with their chances of Champions League qualification looking unlikely after their 3-1 loss at home to Ole Gunnar Solskjaer’s side on Sunday.

Meanwhile, talkSPORT pundit Jamie O’Hara claims that Man Utd are “not good enough” to sign Haaland over other top teams.

O’Hara said: “They can’t get Haaland – because they’re not good enough. Why is he going go to Man Utd?

“It’s alright needing him, but you’ve got Real Madrid, Barcelona, Man City. They need him.

“Man Utd paid £100million for [Paul] Pogba and he’s gone there thinking they’re going to go to the next level. It hasn’t worked.

“Haaland’s not going to go to Man Utd and be thinking ‘we might win something, we might not’, he’s going somewhere where he might win everything.”