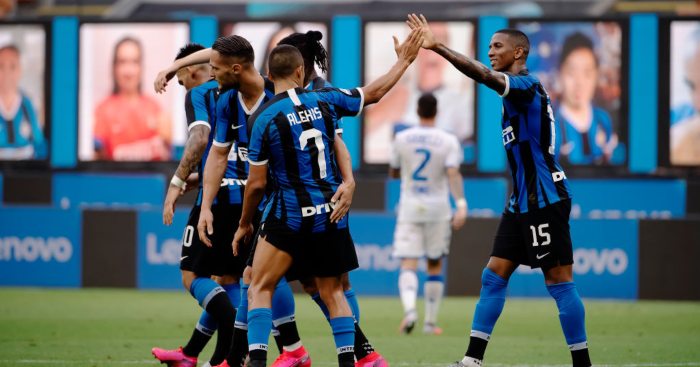 Inter Milan are willing to make Alexis Sanchez’s loan move into a permanent deal and have told Man Utd how much they are prepared to pay, according to reports.

He was sent on loan to Inter Milan in the summer but has been unable to establish himself fully under Antonio Conte due to injury.

The Serie A side have ten games to play for the remainder of this season and they reached an agreement recently to extend the loan deal for Sanchez until the first week of next month.

And now Goal claims that Inter are looking to pursue a ‘cut-price deal’ for the summer transfer window which would see Sanchez join permanently for €20m (£18m).

Man Utd are keen for Sanchez to return from his loan spell at Inter before the latter stages of the Europa League with the club reluctant to ‘risk injury so close to the start of the 2020-21 season as any setback would hinder their ability to sell the Chilean.’

The report in Goal continues by saying: ‘A gentleman’s agreement had been in place for Inter to sign Sanchez for €25m (£23m) although CEO Giuseppe Marotta is now confident of striking a deal for a reduced €20m (£18m) fee.’