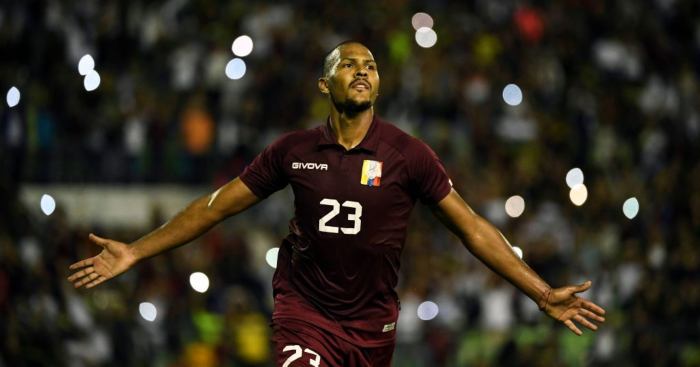 Manchester United are set to turn their attention to a former Newcastle United striker after being beaten to the signing of Krzysztof Piatek, according to reports.

The 24-year-old has been heavily linked with Spurs this month as Jose Mourinho seeks a solution to the club’s striker crisis, while there was speculation back in October that Man Utd could bid €40m for him.

However, Piatek now looks set to seal a £23m transfer to Bundesliga side Hertha Berlin with United understood to have missed out on the signing.

The Times claims that Man Utd ‘were close to a deal’ for Piatek which would have seen him join for 18 months loan before completing a permanent move in 2021.

Hertha Berlin, though, ‘acted swiftly in the past two days and appear close to a permanent deal’.

The Red Devils have been linked with moves for Shanghai Shenhua’s Odion Ighalo and Fenerbahce’s Vedat Muriqi in the last 24 hours and a fresh name has again popped up.

Salomon Rondon, who currently plays for Dalian Yifang, ‘is a transfer target for Manchester United’.

The coronavirus epidemic means that the Chinese Super League has been suspended and there is no clear sign of when it will resume.

That means the Venezuelan ‘could be available on loan’ after scoring five goals and creating three assists in 11 appearances for Dalian Yifang this term.