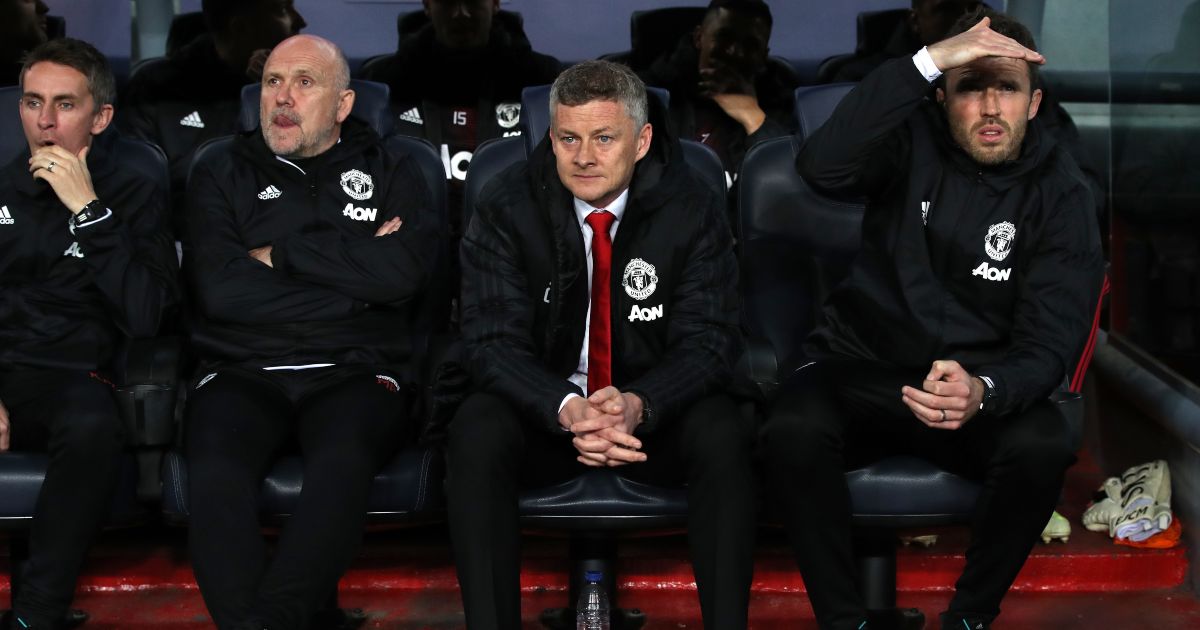 Man Utd could be forced to pay millions in compensation if they want to move on some of Ole Gunnar Solskjaer’s backroom staff when a new manager is appointed, according to reports.

Solskjaer was shown the door on Sunday after the Red Devils board made the decision to let him go following a dismal display at Watford.

The 4-1 defeat at Vicarage Road on Saturday was their fifth loss in seven Premier League matches, while Man Utd have now only won three of their last 11 fixtures in all competitions.

They will now look to appoint an interim manager until the end of the season with Michael Carrick taking charge of the team until further notice, starting with their match against Villarreal tonight.

And the Daily Mail has now claimed that Man Utd ‘face paying out millions after they handed Ole Gunnar Solskjaer’s coaching staff new three-year contracts only weeks before sacking him’.

‘Mike Phelan signed a new deal last month, and sources have now disclosed that he was followed by the rest of the coaching team, including Michael Carrick – now caretaker boss – first-team coach Kieran McKenna and goalkeeper coach Richard Hartis.

‘The logic for the move will be questioned given doubts had already been raised about Solskjaer’s future.  ‘

Despite the deals for Solskjaer’s backroom staff being agreed in the summer, they didn’t finalise the ‘finer details’ until recently.

The Man Utd hierarchy had planned to stick with Solskjaer but their humiliating defeat to the Hornets couldn’t be ignored as the Red Devils slipped down to eighth in the Premier League table.

Carrick said at a Monday press conference: “It has been an emotional time for everyone at the club. I’ve been working with Ole now for three years and I’ve known him an awful lot longer. I know the person he is, the values he has, what he believes and how he treats people.

“To see Ole unfortunately lose his job yesterday was tough for me and tough for a lot of people at the club. You could tell by the emotion around the place yesterday what Ole meant to everyone.

“We understand and Ole understands it’s a results business so as much as you build the right foundations and environment and you show people the way, you sometimes don’t get what you deserve…

“On the flip side football is football and it’s business as usual today in terms of preparing the team for tomorrow’s game.

“It’s a privilege for me to sit in this position and I understand the responsibilities that come with that. The focus now is on flipping our mindset very quickly and that’s something this club has done very well historically.”