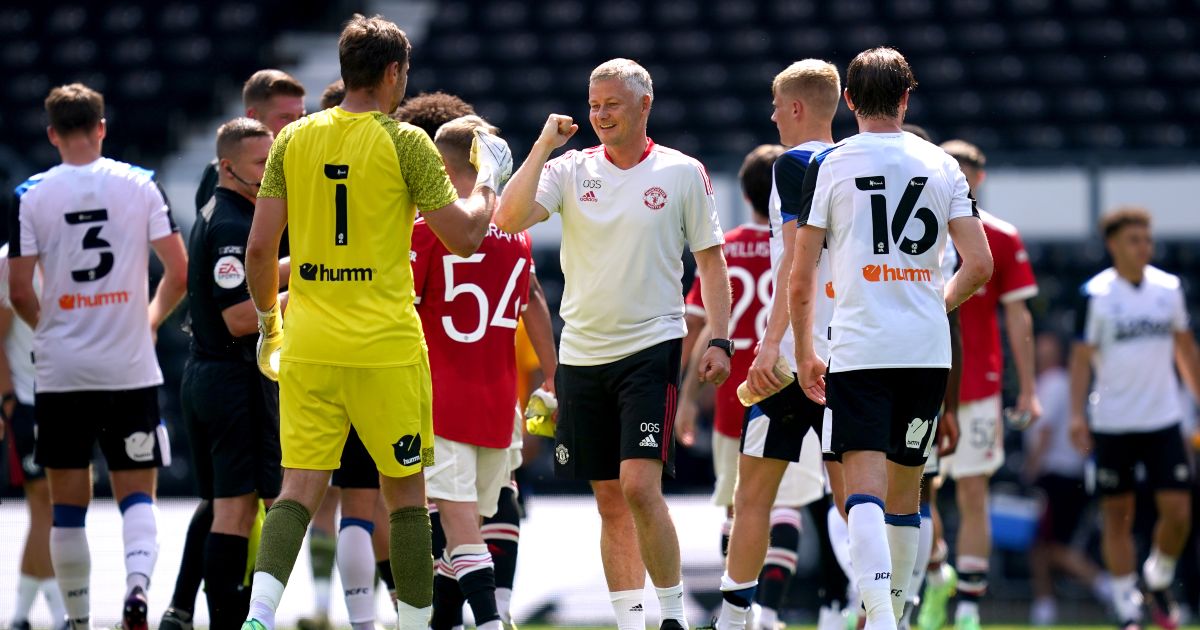 Man Utd winger Facundo Pellistri wants to fight for his place in the first team this season but Ole Gunnar Solskjaer thinks he will be better served going out on loan.

The Uruguayan joined the Red Devils from Penarol last October in a deal worth around €10million before being loaned out to Spanish side Alaves for the second half of last season.

The 19-year-old winger started five of his 12 appearances in La Liga for Alaves but failed to contribute a goal or assist during his time in Spain.

Despite not making a big impression at Alaves, Pellistri grabbed the attention of Solskjaer on Sunday by scoring the winner as Man Utd kicked off pre-season with a 2-1 victory over Derby County.

“I would like to stay here but I’m still working hard, improving and continue working.

“There is a lot of young talent, all the guys want to improve, the training is really hard and I’m very happy with that because young guys are trying their best and looking for a place in the first team.”

Pellistri obviously wants to fight for a place in the first team this season but that’s not how his manager sees it.

On the Uruguayan, Solskjaer said: “I can see a loan deal for him, there’s been loads of interest and for his best interests a loan would be what we look for.”

The Man Utd boss – who is hoping to wrap up a deal for Jadon Sancho soon – did compliment Pellistri on his goal and praised his overall contribution on Sunday.

Solskjaer added: “It was a very good goal, the first touch set him up and he’s very good at dribbling so going past the goalkeeper wasn’t a problem.

“He was bright when he came on. I think he showed what he is because he’s a difficult player to play against.

“One against one he can go past people so (I’m) very pleased with him.”