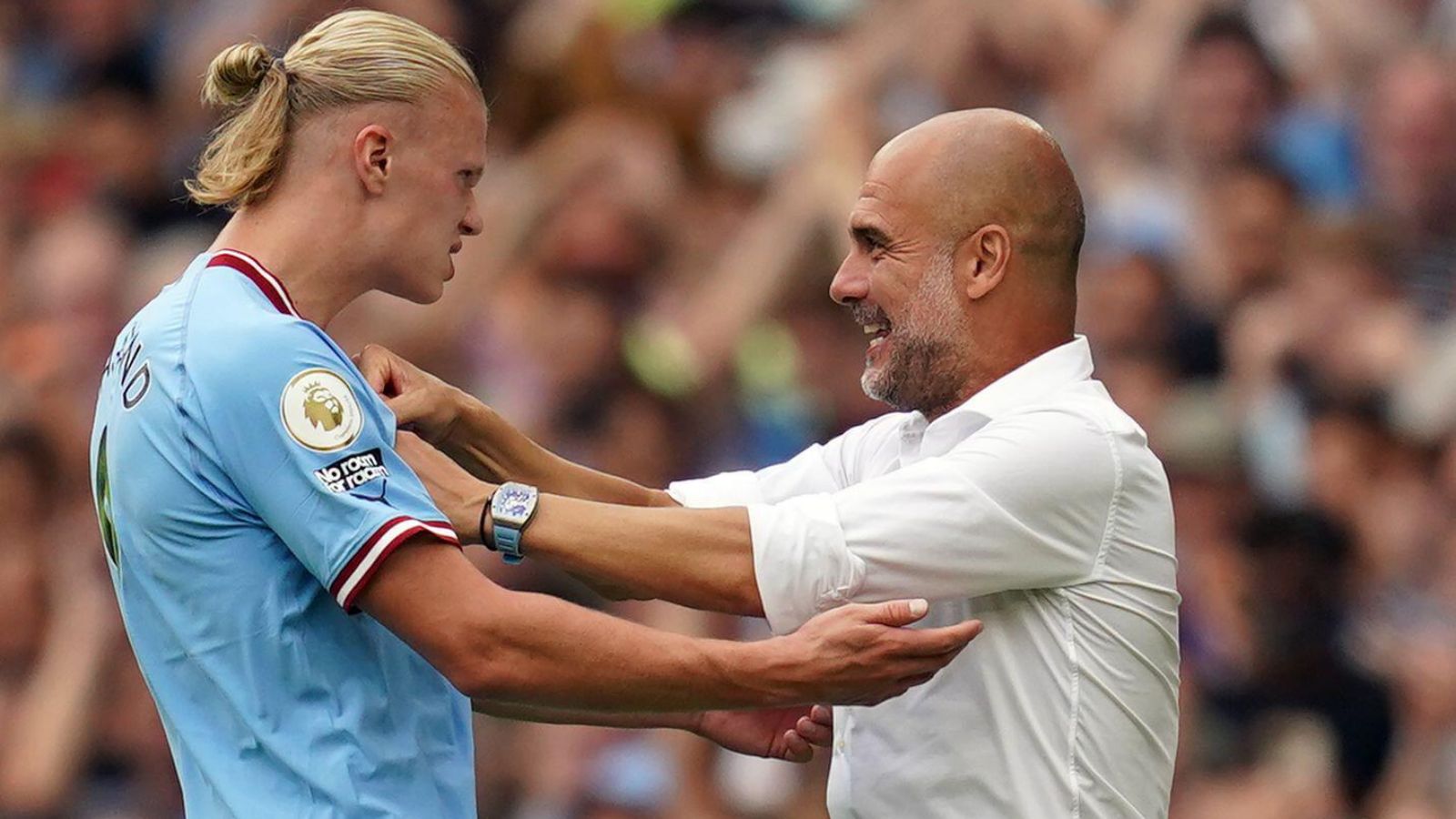 Manchester United were not among the seven clubs considered by Erling Haaland before his move to rivals Manchester City.

Haaland joined City from Borussia Dortmund in a £54m deal this summer and has got off to a flyer for his new club, scoring 14 goals in just ten games for the Premier League side.

And his decision to move to the Etihad was a well considered one, with he and his father Alfie designing a points-based system which allowed them to rank the interested parties.

In the documentary ‘Haaland – The Big Decision’, Alfie revealed that each suitor was ranked based on a series of categories including the club’s history, playing style and stadium capacity.

He said Liverpool and Chelsea joined City as the English teams in the running, but United weren’t mentioned, probably due to their lack of history…

“On our list, I think City is the best team,” said in the documentary, a few months before the decision was made.

“We also have some English teams other than City who are quite good. Liverpool and Chelsea. Also, there is Barcelona. They are sort of in the same row.”

Alfie added that another key criteria was whether a club needed a No.9.

“I think it was one point separating the top two with the last calculations,” he added.

“One of the criteria is about whether the club needs a No9. City is 10 [out of 10] in that respect. Bayern Munich gets one point for that – they don’t need a No9. They have their best player as a No9 but if he [Lewandowski] goes then they have no one else.

“It would have been quite controversial to go to Munich but when we go through, it’s one of the best teams. Real Madrid are a five or six [out of 10]. They have [Karim] Benzema, and will they get Mbappé?”

Despite Haaland ignoring Man United as a possibility, he came close to joining the club in January 2020 as former Red Devils boss Ole Gunnar Solskjaer eagerly pursued the then RB Salzburg striker.

But Haaland instead joined Dortmund for £18m and scored 86 goals in 89 games for the Bundesliga club before making his move to the Premier League champions.

Haaland said in the documentary that the manager of his next club was not a the most important factor in his decision, but admitted Pep Guardiola was a “big plus”.

“I have never transferred to a club because of the manager.” Haaland said. “But it is a big plus with [Pep] Guardiola at City, as he is the best manager in the world.”