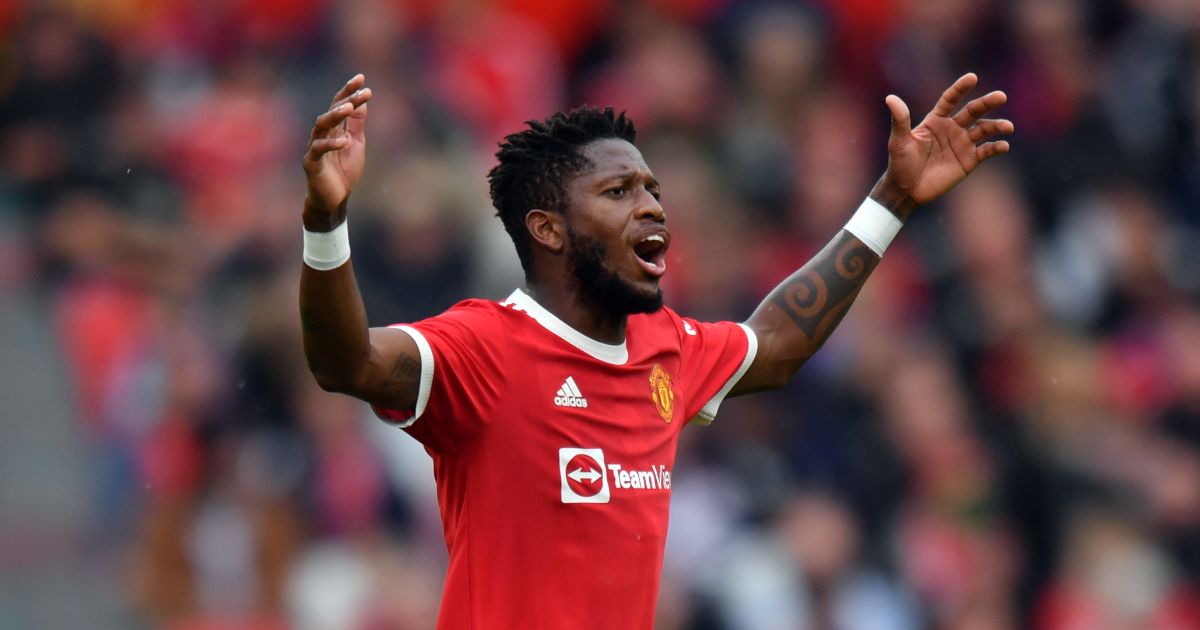 Thanks for all your replies to Philip Rawlinson and those who offered to help; Liverpool have been in touch and will sort.

Brazil ban lunacy
So, it has been confirmed that 8 Premier League players will be stopped from playing for their clubs this weekend after Brazil invoked the FIFA 5-day rule. The rule is pretty clear, players not released for an international window can be banned for 5 days after the window ends.

And, all this is against the background of World Cup qualifying where Brazil have won 7 out of 7 so far and have literally never not qualified for the World Cup.

But yeah, have a World Cup every 2 years.
Micki Attridge

PL clubs will be (rightfully?) upset that their Brazilian players are banned from playing games this weekend.

All except MU fans, who mostly will be delighted that OGS will be forced to try another midfield option than Fred.

Strange that….
Andreas (Denmark the first country ever to win their first six qualification matches without conceding!!) Hasle

3pm eternal
The solution to the blackout quandary is simple. Don’t play any PL matches at 3pm on a Saturday. Put them on at 12:30pm or 5:30pm if teams are due to play Saturday and televise every match for the armchair fans. Match-going PL fans are used to not seeing their team play at 3pm on a Saturday now anyway. It may even mean more fans for teams lower down the leagues because there will be no clashes with their game, televised or otherwise. Win, win, win.
Garey Vance, MUFC

I have mixed views on the 3pm blackout. I am in favour of protecting lower league and non league clubs, its not hard to see the positive influence they have on their communities and I agree that measures should be in place to preserve their status. However, I’m also a United fan who gets frustrated when I can’t watch my team play because I live too close to the stadium. I don’t think market forces should be left unchecked to erode clubs to nothing and smart people tell me the 3pm blackout works so I’m all for keeping it, though I don’t think its unreasonable to suggest a rule enacted 50 years ago is antiquated and in need of amendment.

I have no idea of numbers but I would guess each week there is a notable percentage of English football fans that fall into the ‘fan of club who is playing at 3pm on a Saturday who can’t watch in the stadium but doesn’t have the time, money, or desire to go watch an alternative team instead’ category. This is a group of football fans who are not engaging with football on a Saturday afternoon and thus they represent an untapped market. The blackout works by passively subsiding clubs with fans, why not also actively subsidise them with new revenue generated from a previously unused source which exists in part because of the blackout.

Offering a streaming type service to unlock this market would be tricky to get right. Pricing would need to be high enough to discourage casual or neutral fans but low enough to make it attractive to club fans. Broadcast games would have to be left alone so Sky et al still get to attract the bigger audiences for the most exciting games. Money divided between the club and the FA with the split determined by league standing. Last year City came 1st of the 92 league clubs, so they keep 1% and the FA get 99% to distribute to struggling clubs. Oldham came 86th, so they would keep 86% and the FA get 14%. I know that’s a hard sell to the bigger clubs and more or less a delusion but there is an argument to made for further increased revenue through higher audiences in general.

If possible I think this would allow us desperate entitled fans to watch as much of our clubs as we can take whilst not adversely effecting gate receipts at other clubs and even increasing the support they receive. It would allow fans of clubs who rarely get broadcast another route to watching their team (I have an uncle in Edinburgh who is a massive Rochdale fan but only gets to 1 or 2 games a year, he’d love to watch every game), allow clubs to potentially increase their fanbase online, and generate new sources of revenue. I think its worth exploring at least.
Dave, Manchester

Regarding the 3pm blackout rule; I always like to imagine how ridiculous it would seem if enforced in other circumstances.

Say for instance you tried to go to an out-of-town superstore on a Saturday afternoon, only to find the road blocked by the grocery police.

“Where do you think you’re going, son?”

“Off to get some bread and milk.”

“Not down here you’re not.”

“Don’t you know? It’s been this way for years. You’ve got to visit your local high street.”

“But I prefer Tesco, the product is better.”

“Doesn’t matter. People in the high street need your business. We can’t have them go bust. Think of the community. You either buy locally or not at all.”

“This is ridiculous. You can’t prop up a company by banning customers from visiting another one.”

“Welcome to the 3pm blackout, son. On your way.”
Dario

There’s a lot wrong with the lead mail in the morning mailbox. Mainly that it isn’t surprising that a Manchester United supporter (Andy) thinks football is something to be watched on television. The suggestion that clubs “need to improve their offering, maybe that thing where bring nice meals to your seat, deluxe seating … explore other revenue streams” revealed a lot about Andy – not least that he seems to be exactly the sort of fan Roy Keane had particularly strong animosity for during his time at Old Trafford, and I don’t mean because of his unnecessary corporate speak.
Ed Quoththeraven

World Cup
I’m not the first to suggest this one, but with the talk about having the World Cup every 2 years instead of 4 (bad idea btw, this is one tradition that should remain) why is the following not seriously discussed? Eliminating all international breaks throughout the season (August – May) and, seeing as there are normally around 5 of these, having the season end 5 or 6 weeks earlier. This would have the European leagues and competitions concluding in early-mid April, so all those non-international players start their holidays earlier. More time off and with family, surely this would help assist most players’ mental health and fatigue.Then all international games, qualifiers, etc, are played immediately after the season’s end. For those players good enough to be chosen for their country, they’d still be playing until late May/early June like they do every season – this would almost be like mini-international tournaments after each season! (Just without the prestige and trophy at the end.) Get the FIFA heads onto this idea ASAP.

On a more serious note, tomorrow is R U OK Day (look it up if you don’t know what it is). After some emotionally heavy mails in the previous mailbox, please take the time to check in with your mates or seek a conversation with someone if you’re feeling down or isolated.
Andrew M, AFC, Australia

I am not a Man Utd supporter. But I feel compelled to respond to Adeel’s assertion that Donny van de Beek does not contribute anything to his club. As far as I know, he shows up in training and is frequently included in the matchday squad. The fact that he was not chosen to play is not really within his control. This is not about feeling or not feeling sorry for him. It is one thing to think that he is not good enough. But to allude that he is cheating a living is not right or fair.
Nick, EFC

Best wishes, Adams…
Well done Adams for reaching out, and talking about your mental health. I hope you receive the help and support you need. In the meantime you are valued as a member of the football365 community and indeed the football fraternity in general. One of the great things about the sport is it gives us common ground and a connection to people. I’m a Manchester City fan, but it is easier to chat to a United fan than someone who doesn’t follow football at all! Hopefully things will get better for you soon, but until then we can always talk about whether City should have held on to Iheanacho or laugh about the Serbian own goal last night.

Best wishes for the season ahead.
Colin, Galway, Ireland

In response to Adam, Abuja. I get where you are coming from bro as I am also a Nigerian and I am also a Man Utd fan, I have also dealt with depression and sometimes still do. The lack of opportunities in the country and the economic situation in the country are not helping matters too. And you are right, the issue of depression is not really talked about much here and people around don’t understand or are not sensitive enough to discuss or help with the issue. Most people suffer from it without even knowing that they are suffering from it or what to do about it. But even with all this I wouldn’t recommend contemplating suicide at all, there is still much to live for.

Like you said, football can help, it gives you something to look forward to, the thrill of the next match, the joy of seeing your team win, the tension before important matches. But also try and make friends or spend more time with other family members. I live with 2 of my cousins, and even though they are not the best listeners and would not understand the situation if I talked to them about it, being around people that care or love you or at least engage you with talks or activities will help put your mind off your troubles and help you enjoy life more especially for those times where there isn’t much football going on. So bro, hang in there and remember there is always something to live for and keep working towards a better future.
Emmanuel, MUFC, Nigeria ( and if you are a religious person I would also advice you pray about it too and seek medical advice if you can)