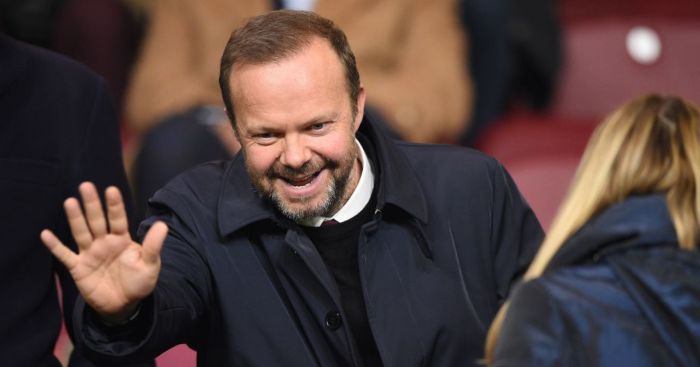 Despite being linked with numerous names this summer, Man Utd are yet to bring in their first signing with other clubs well on with their transfer business.

That has led to some criticism of Woodward from United supporters with rivals Chelsea looking to get their transfers wrapped up quickly this summer.

“A lot of United fans are comparing how Woodward has approached this window compared to Marina Granovskaia at Chelsea,” Solhekol told The Transfer Show on Sky Sports.

“United fans are looking at the Premier League table, seeing they’ve finished on 66 points, with Chelsea also finishing on 66 points, 33 points behind Liverpool, and wondering what their club is doing to close that gap.

“Then you’re looking at Old Trafford. What’s happening there? Not much. From what Dharmesh is saying they haven’t even made an offer yet for their number one target.

“In United’s defence I would say there’s still a long time to go until the transfer window closes. United are one of the biggest and richest clubs in the world, they have their targets.

“Ole Gunnar Solskjaer has given Woodward a list of players he wants, Woodward is working to bring those players in. Now is the wrong time to judge Woodward, let’s wait until the end of the window.”