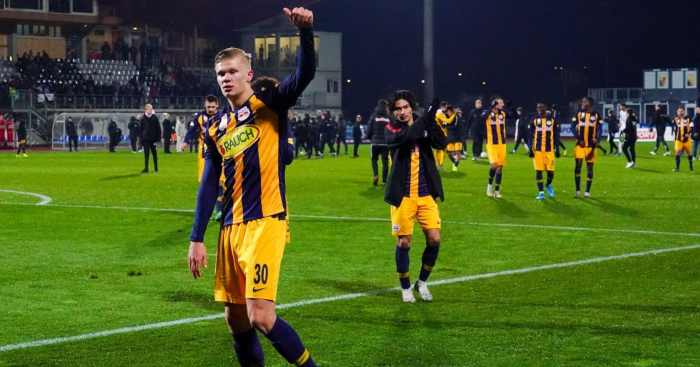 The United boss has been coy when asked about the 19-year-old previously, although in September he admitted: “It was nice watching the game last night, it was great watching him. Everyone is excited by his development.”

Solskjaer is familiar with the forward having given him his first taste of senior football when in charge at Molde and his 26 goals in 18 games this season have apparently persuaded him that his Norwegian compatriot is the right man for United.

Norwegian newspaper Dagbladet report (via Sport Witness) that Solskjaer wants to push ahead with a move for the teenager and United officials have put the wheels in motion and are working out how much to offer for the player.

Tuttosport recently reported that Salzburg would accept £86m for Haaland and Dagbladet adds that United are ‘far ahead’ in the race to sign Haaland.

Solskjaer is keen to bring in attacking reinforcements in January, but the report claims a move for Haaland will more likely come to fruition in the summer with Haaland targeting silverware in several competitions.

Apparently Haaland also recognises that his best chance to adapt quickly to the Premier League will come after a full pre-season rather than mid-way through the campaign.

Haaland, who has blasted five hat-tricks this term, has spoken very highly of Solskjaer in the past.

“He has had a huge impact on my life, both as a person and as a trainer,” he told TV2 recently. “He won the Champions League and was an incredibly good player. He has taught me a lot.”