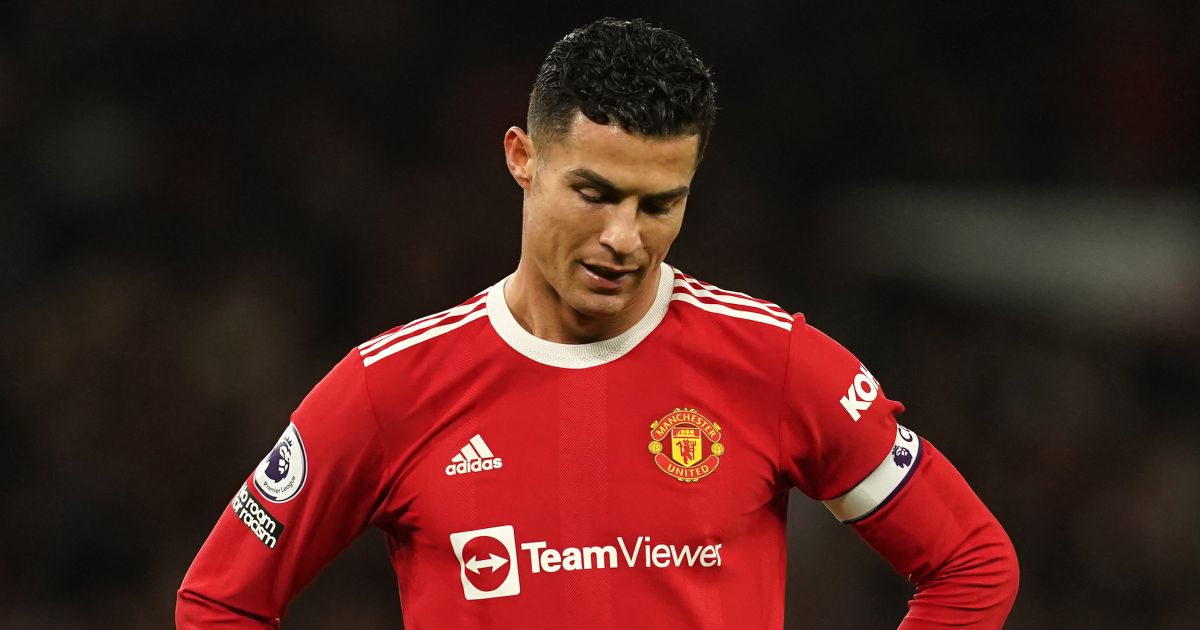 Cristiano Ronaldo has told his agent Jorge Mendes to find him a new club if the downward trend at Man Utd continues, according to reports in Spain.

Ralf Rangnick lost his first game as United manager last Monday as Wolves outplayed them to win 1-0 at Old Trafford.

The German manager’s tactics were questioned after the game and his 4-2-2-2 system has come under scrutiny in the aftermath.

Are we allowed to say Ronaldo was a mistake yet?

Ronaldo, who has scored 14 goals in 21 appearances this season, was paired with Edinson Cavani in attack for the Red Devils, but both were ineffective as Man Utd struggled to create anything for them.

And there have been rumours that Ronaldo is ‘considering his future’ at the club with Man Utd currently seventh in the Premier League table.

Fresh reports in Spanish newspaper Sport on Monday claim that Ronaldo ‘has already communicated to his agent Jorge Mendes that he is fed up’ at Old Trafford and ‘that he should look for a team for him in the event that the English club continues with its erratic policy both on the benches and in the technical secretariat’.

The arrival of Rangnick has ‘not brought the desired stability’ that Ronaldo was hoping for and the German coach ‘has not won over’ the Portugal legend.

Sport describe it as a ‘situation of discomfort’ that could lead Ronaldo to Barcelona’s door in the summer of 2022.

Meanwhile, Trevor Sinclair thinks Man City “dodged a bullet” when they missed out on signing Ronaldo in the summer transfer window.

Sinclair told talkSPORT: “I’m starting to think that Manchester City dodged a bullet by not signing Cristiano. I really think that.

“You look at some of the players who are really struggling for form at Man United, [Jadon] Sancho, [Marcus] Rashford.

“He’s got to know his role. You’re a footballer, hired by the football club, keep your mouth shut at times – that’s what you’ve got to do.

“I think he’s causing a lot of problems at the football club. Not just his lack of goals in recent times but the fact that Ole’s gone, and then Michael [Carrick] went in and dropped him for a game.

“I just feel it’s been one of those signings where it’s looked good, but it’s far from good.

“And, for me, one of the reasons I think he may not have considered Manchester City – and it wasn’t trophies, because he would have won silverware there – is because he didn’t want to be second fiddle to Pep.

“Whereas he could go into United and almost feel like he could bully Ole a little bit, obviously Carrick was a stand-in manager, and then Rangnick has gone in there.

“I think he just wants to do what he wants for him, and it’s not the best for the club.”