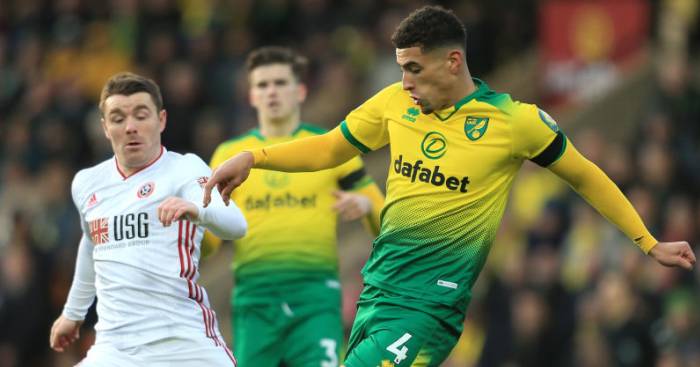 Man Utd have asked Rio Ferdinand for his advice on the possible signing of Norwich City defender Ben Godfrey, according to reports.

United manager Ole Gunnar Solskjaer is believed to be an admirer of the 22-year-old, who started 30 Premier League games this campaign.

According to Italian website Calciomercato.it (via SportWitness), United are one of a number of major clubs vying for the defender’s signature.

Italian clubs AC Milan and Napoli, as well as German champions Bayern Munich, are all interested in signing the player.

However, United may use former captain Rio Ferdinand as a way in to get their man. Ferdinand is part of the same agency as Godfrey, called New Era Global Sports.

This route could give Man Utd the prime access they need. They are believed to have contacted Ferdinand for information about the Canaries player already.

And their interest may start a bidding war if Norwich get their way. The club are currently holding out for €30m (£27m), but this could rise significantly.

Godfrey has impressed this season despite playing in a leaky defence. A move to an elite club could help the player’s development enormously and see him fight for an England place.

Solskjaer is keen to add to his defensive options to provide competition for Harry Maguire, Eric Bailly and Victor Lindelof.

Maguire has been United’s captain this season, although he has received criticism for his defending in recent months. Lindelof and Bailly have never fully convinced United fans either, leaving Solskjaer with no choice but to search for competition.

They have also been linked with RB Leipzig’s Dayot Upamecano and Lille’s Gabriel Magalhaes in the same position. But Norwich’s relegation to the Championship back in July could make Godfrey the cheapest option of the three.

United have also been pursuing Jadon Sancho continuously, and could bet set to sign the Dortmund winger this summer if they agree on the fee.