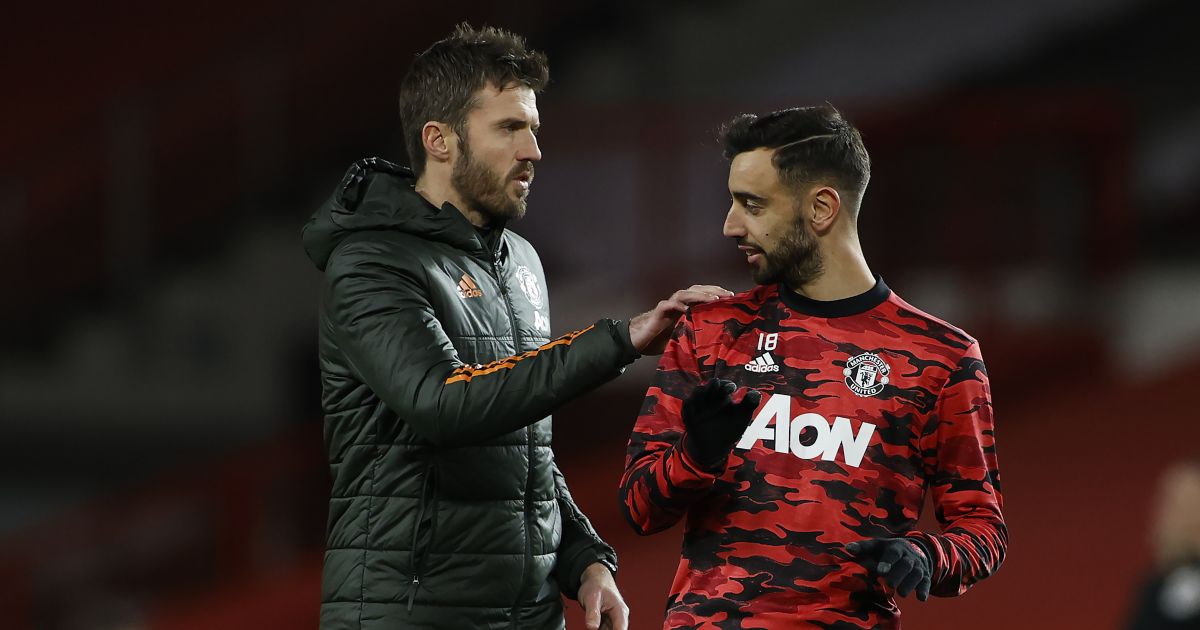 Man Utd midfielder Bruno Fernandes says he was “really mad” at Michael Carrick during the early stages of his short reign as caretaker boss.

Carrick announced on Thursday that he would be stepping down from his role as first-team coach after his time as caretaker manager came to an end.

The former Red Devils midfielder was in charge for three matches in which they beat Villarreal to qualify for the last 16 of the Champions League and picked up four points from tricky fixtures against Chelsea and Arsenal.

Carrick had to make some tough decisions in his short stint in the Man Utd hot seat, dropping Cristiano Ronaldo at Chelsea and leaving Fernandes on the bench at Villarreal.

Speaking after United’s 3-2 win over Arsenal on Thursday, Fernandes revealed that he was “really mad” at Carrick for leaving him out of the starting XI in Spain.

Fernandes said: “I was really mad at him [Michael Carrick] in Villarreal but that’s the life of a coach. I see a great future for him as a coach. He knows how to speak to players. If he gets a chance he can be a top coach.”

Really happy to celebrate my 100th appearance for this club with a win and with our fans. Hopefully, many more games to come 🙏🏻

The Portugal international allowed Ronaldo to take the winning penalty against the Gunners but claimed it was his Man Utd team-mate’s turn.

Fernandes added: “We didn’t have a chat. I missed the last one so I trust him in the same way I trust myself.

“It was time for Cristiano to take the penalty because I took the last one and missed it. It doesn’t matter who gets on the penalty.”

Ralf Rangnick will now take over from Carrick until the end of the season as the new Man Utd interim boss and Fernandes says all the players are “looking forward” to working under him.

The midfielder continued: “Everyone is looking forward to work with the new coach. When someone new comes in there’s new opportunities.