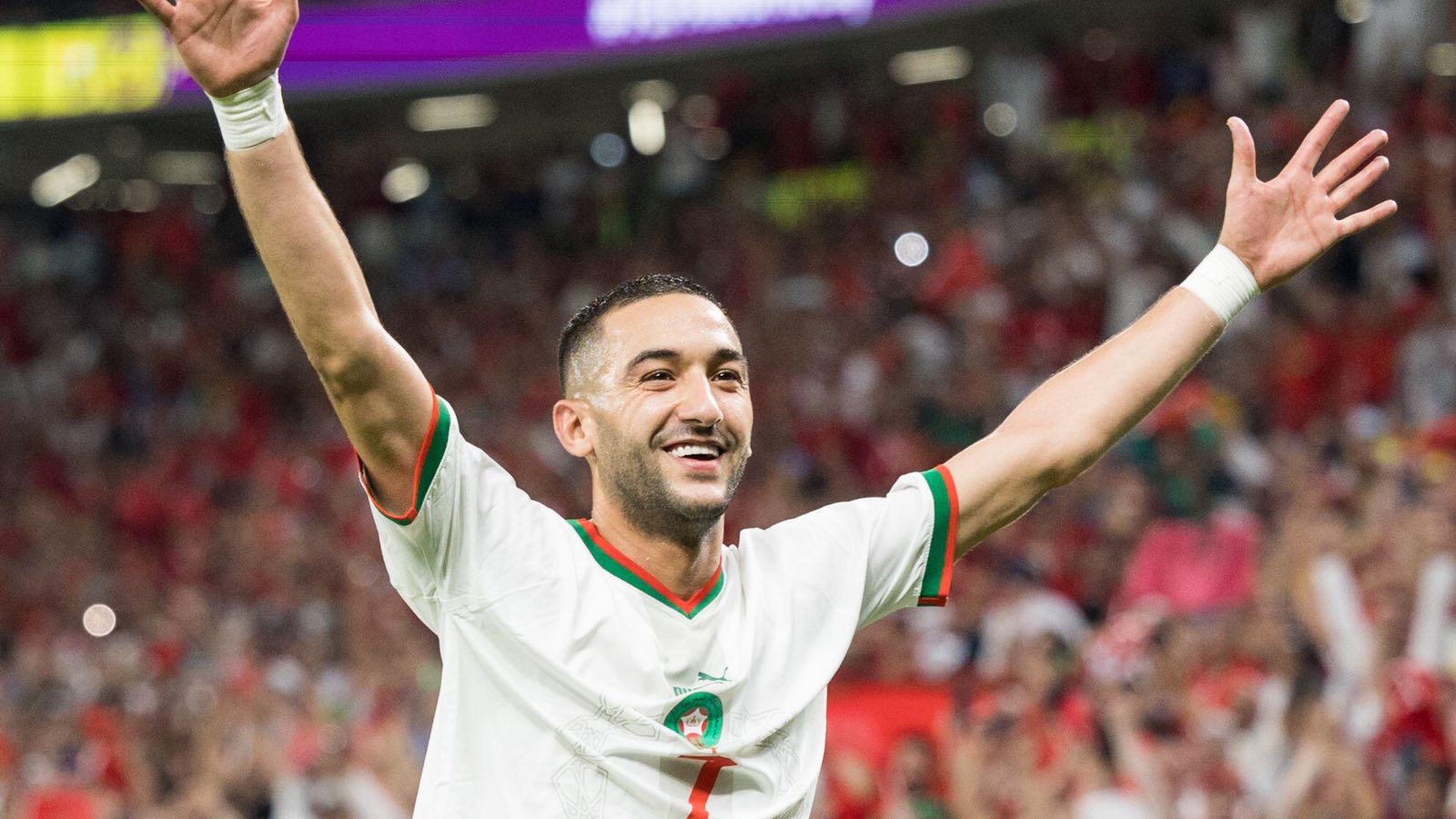 AC Milan have been heavily linked with a move for Hakim Ziyech in January but a report claims they will have to beat off competition from Manchester United.

Ziyech was heavily linked with the Stamford Bridge exit in the summer but failed to get his move amid links with Milan.

The Serie A side are still keeping tabs on the 29-year-old as he stars for Morocco at the World Cup, but there are no talks as things stand.

And Calciomercato (via Sport Witness) claim the Rossoneri have competition in the form of United, who are supposedly ‘in first place’ to land the forward.

Erik ten Hag’s side were linked with Ziyech a few months ago, but reports recently have suggested they’ve moved on to other targets like Cody Gakpo and Memphis Depay.

Ziyech is thought to be keen on an exit having found game time under new boss Graham Potter just as hard to come by as he did under predecessor Thomas Tuchel.

The Blues are thought to want a permanent sale rather than a loan exit, which suggests United are a more likely destination than Milan, but this admittedly sounds like little more than a rumour.

As well as Ziyech, United have also been linked with Christian Pulisic in recent days.

The USA star was another forward linked with Old Trafford in the summer transfer window and it’s claimed they could reignite their interest in January.

It has been suggested that United are again ‘showing interest’ in adding Pulisic to their squad.

The Daily Mail are now reporting that Chelsea are ‘weighing up whether to cash in on the 24-year-old during the January window rather than allow his contract to run down to the final 12 months’.

It is also ‘anticipated’ that Chelsea ‘will look for around £35m’ for Pulisic in January. The report adds that the player and club ‘do not want a loan deal’.

There is said to be a ‘three-way battle’ for Pulisic though as Arsenal and Newcastle United are also ‘monitoring his developments’.