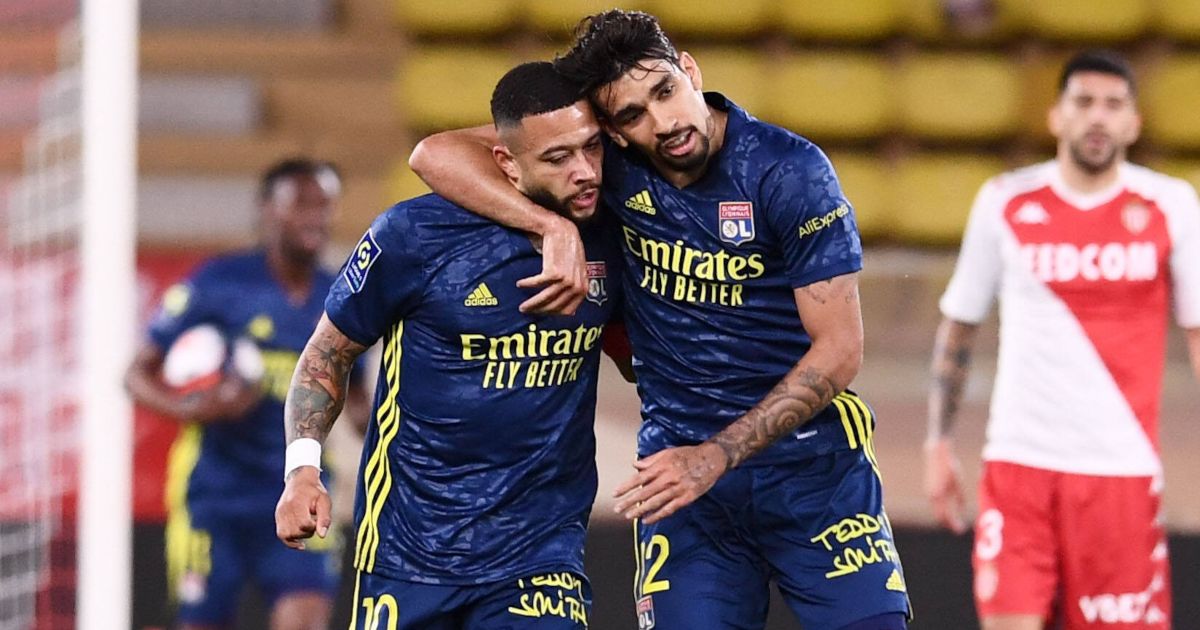 Lyon attacker Memphis Depay claims he “lost my joy” for football during his time at Man Utd, as he prepares to leave the French side.

Despite being offered a new deal at Lyon, Depay has decided to leave the Ligue 1 outfit on a free transfer in the summer as his contract expires at the end of next month.

Barcelona are reportedly the frontrunners to sign the Netherlands international after Depay contributed 20 goals and ten assists in Ligue 1 this season.

In his five years at Lyon, Depay has bagged 75 goals in 176 appearances after leaving Man Utd to join the French side in 2017.

His time at Old Trafford didn’t go to plan at all, scoring just two Premier League goals in his 18 months at the English club.

And Depay has now revealed that he fell out of love with football during his time with the Red Devils.

Depay told L’Equipe (via Sport Witness): “It [Lyon] will be in my heart, a part of my life. I thought about adding a tattoo: a souvenir or a date. Coming here was a great decision.

“People would say to me: ‘But why are you leaving Manchester United? A new coach will arrive, you in the biggest club in the world…’ In their place, I would have been sad to see a player wasting good years by staying at a big club and playing too little. There, I lost my joy, and my football. Here, I found them.”

Speaking in 2018, Lyon president Jean-Michel Aulas explained how the French giants had managed to get the best out of the 27-year-old in a way Man Utd could not.

“I told him we like him a lot,” Aulas said. “He’s a boy who needs love. He’s able to change a match at any time, like he did against Paris.