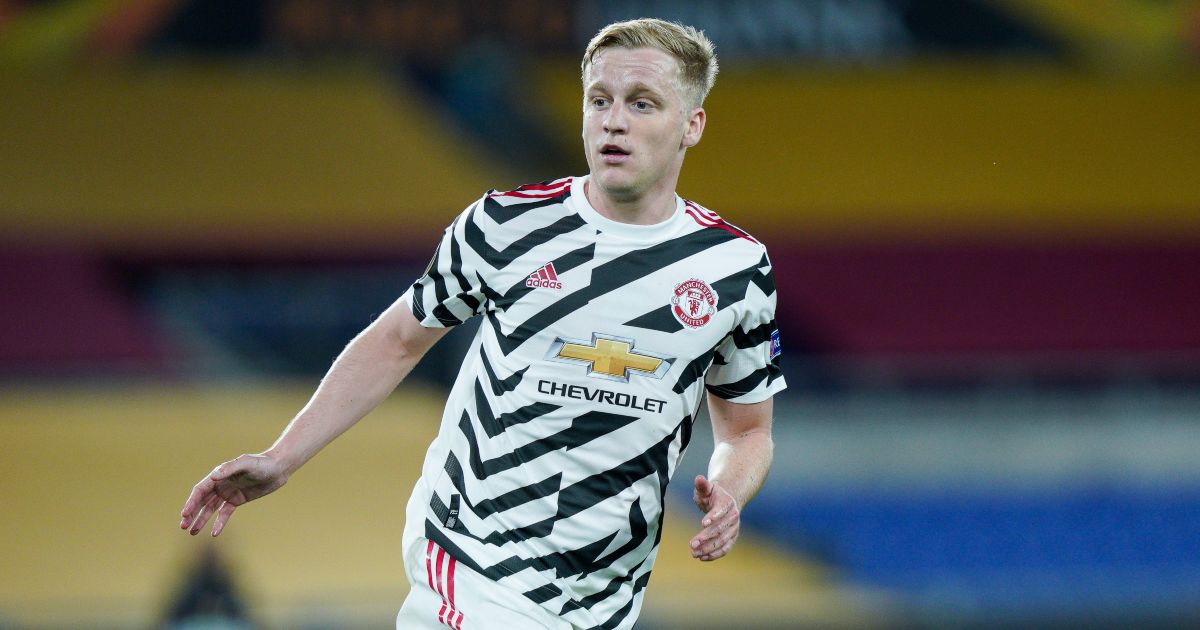 Dutch legend Marco van Basten thinks Man Utd flop Donny van de Beek thought he was a “big boy” at Ajax “very quickly” and found out it was a “different story” in the Premier League.

The Netherlands international made the decision to move from Ajax to the Red Devils in a €40m deal over the summer, with Man Utd fans welcoming the addition.

However, Van de Beek has struggled to make any sort of impact at the club with the 24-year-old only starting two Premier League matches all season.

He has made 11 starts in other competitions but his performances have not caught the eye as he remains out of Ole Gunnar Solskjaer’s first-choice XI.

“It just shows what a great life they have when they play at Ajax,” Van Basten told Ziggo Sport.

“They all think very quickly that they are a big boy here and can make it in other countries, but in the Netherlands, there is a nice competition.

“In a team like Ajax you are really helped, especially in the No.10 position. Then you often see that they go abroad and it is a different story.”

On how he can achieve his goals at Man Utd, Van Basten added: “You have to be able to take care of yourself. If you go to a club in another country, you have to be able to present yourself in that team in a way that the others will think: he is one of us and with him we are going to win.”

Van de Beek has already been linked with a move back to Ajax, while the latest rumour has linked the Dutchman with a transfer to Serie A side Roma.

The report estimated that Roma would need €30m (£26m) to take him to the Stadio Olimpico this summer.