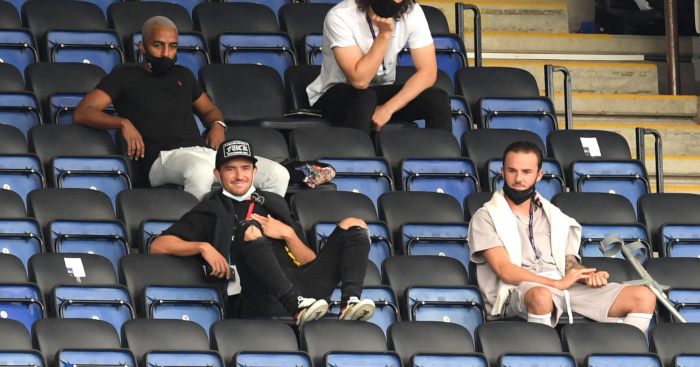 Man Utd are set to provide Chelsea with competition in the race to sign Leicester City defender Ben Chilwell, according to a report.

The Blues have already strengthened their attack with the additions of Hakim Ziyech and Timo Werner. But they know they need to bolster their defence as well to turn that excitement into a genuine title challenge.

Leicester, however, have set an asking price of £80m for Chilwell. Chelsea feel that is excessive, and have therefore been looking at other targets.

However, the Daily Mirror now claims that the ‘whopping £80million valuation on Ben Chilwell’s head could yet be met as a bidding war for him beckons’ with Man Utd now entering the race in a ‘transfer conundrum’ for Chelsea.

Despite the huge asking price, Frank Lampard remains ‘determined to add England left-back Chilwell to his squad for next term’ and the Blues ‘have suggested a much lower offer’.

The report adds that despite Chelsea wanting to keep the price for Chilwell down, it may not be possible as Man Utd and other clubs are ‘monitoring the defender’s future’.

Chelsea ‘remain favourites’ but the Daily Mirror continues by saying that the Blues ‘could now be forced to go higher than originally planned to get their man’.

Get 5% off on all your Chelsea merchandise here