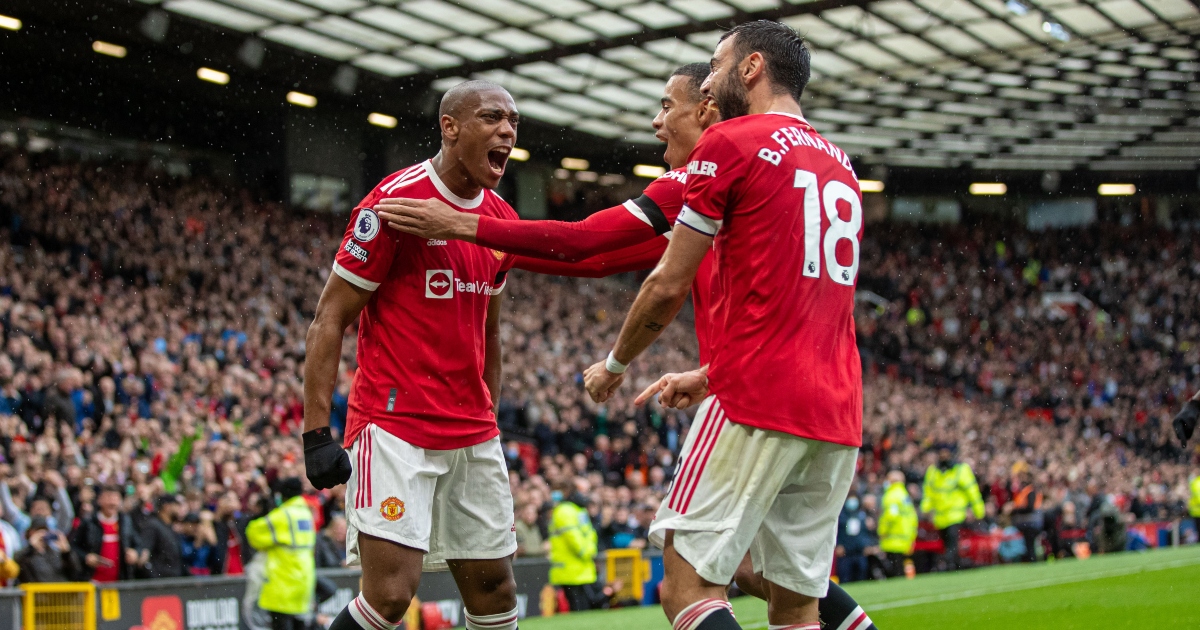 Manchester United forward Anthony Martial has “no interest” in joining Newcastle United, according to reports.

The 26-year-old has been at Manchester United since 2015. He joined them for an initial fee of £36million from French side Monaco.

He has become a fringe figure at Old Trafford, however, making just two Premier League starts this season and only four in all competitions.

“He explained to me he’s been at Manchester United now for the last seven years and he feels it’s the right time for a change, to go somewhere else,”  said interim United manager Ralf Rangnick, revealing Martial’s desire to leave the Premier League giants.

“I think in a way this is understandable, I could follow his thoughts but on the other hand, it’s also important to see the situation of the club.”

He has been linked with numerous clubs, including Newcastle, Sevilla and Barcelona.

The Magpies will be prepared to spend their way out of relegation trouble this month as they currently sit 19th in the Premier League table.

However, Martial has ‘no intention’ of joining the north east club, according to the Telegraph (via Chronicle Live).

Newcastle are already close to completing their first signing of the window, with Kieran Trippier set to join for £12m from Atletico Madrid.

Trippier helped Atletico lift the La Liga title last term. He also played five matches for England at Euro 2020 as they reached the final of the competition.

He will join the Magpies for ‘around £12m plus add ons’, according to Sky Sports journalist Keith Downie.

On Wednesday, Fabrizio Romano claimed that Villa ‘are in direct contact’ with Coutinho’s agent as they ‘negotiate’ a potential loan move.

Sky Sports News presenter Rob Dorsett asked Gerrard about the speculation, and while the Villa boss wouldn’t comment on his side’s interest, he didn’t hold back in his praise of his former Liverpool teammate.

Gerrard said: “63 caps for Brazil, a serial winner, incredible at Liverpool, I can understand why he’s linked to a lot of clubs.