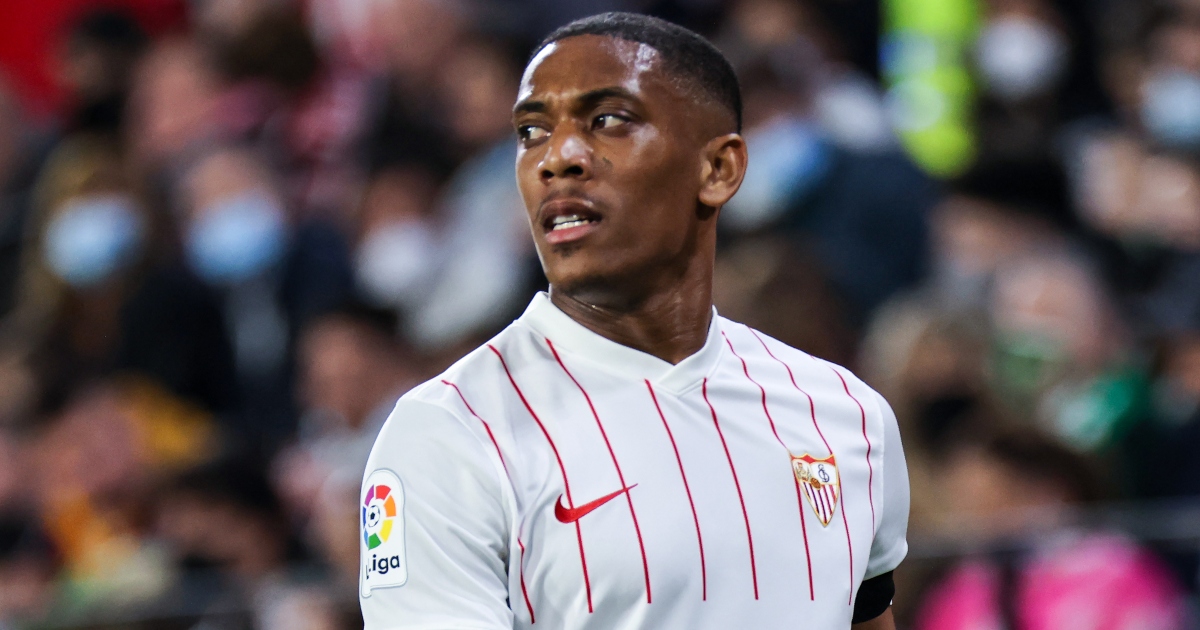 Manchester United forward Anthony Martial’s loan deal at Sevilla will not be made permanent in the summer, according to reports.

The French winger joined the Spanish side in the January transfer window after struggling for game time this season at Old Trafford.

United brought in Jadon Sancho and Anthony Martial in the summer and those two combined with the emergence of Anthony Elanga saw Martial depart Old Trafford.

However, he has made just three La Liga appearances for the title chasing side and is yet to score. He did grab a goal in the Europa League clash with Dinamo Zagreb but has found himself injured at present.

It would now appear that Sevilla have already made their mind up on the forward and will not be keeping Martial in Seville after the current campaign concludes.

According to Football Transfers (via Daily Mail), ‘Sevilla won’t buy Martial even if they win the EuroMillions.

‘They are happy with him but they won’t sign him permanently.

‘Any further deal is not in their plans at all – just these six months to help them challenge Real Madrid for the title.’

It is reported that Martial’s hefty wages are a stumbling block for the Spanish outfit as it now looks likely that he will return to Old Trafford next season.

Elsewhere, former United defender Gary Neville has named Bruno Fernandes as the only Manchester United star who has any chance of playing for Manchester City.

“I can be really honest about it, I’ll go through them.

“Bruno is the only one that I think, over the last 12 to 18 months, could… but [Kevin] De Bruyne, Bernardo Silva, [Riyad] Mahrez, [Phil] Foden and [Raheem] Sterling.

“I can’t put Bruno in ahead of Bernardo Silva at the moment, or De Bruyne. It’s a sad indictment really.”