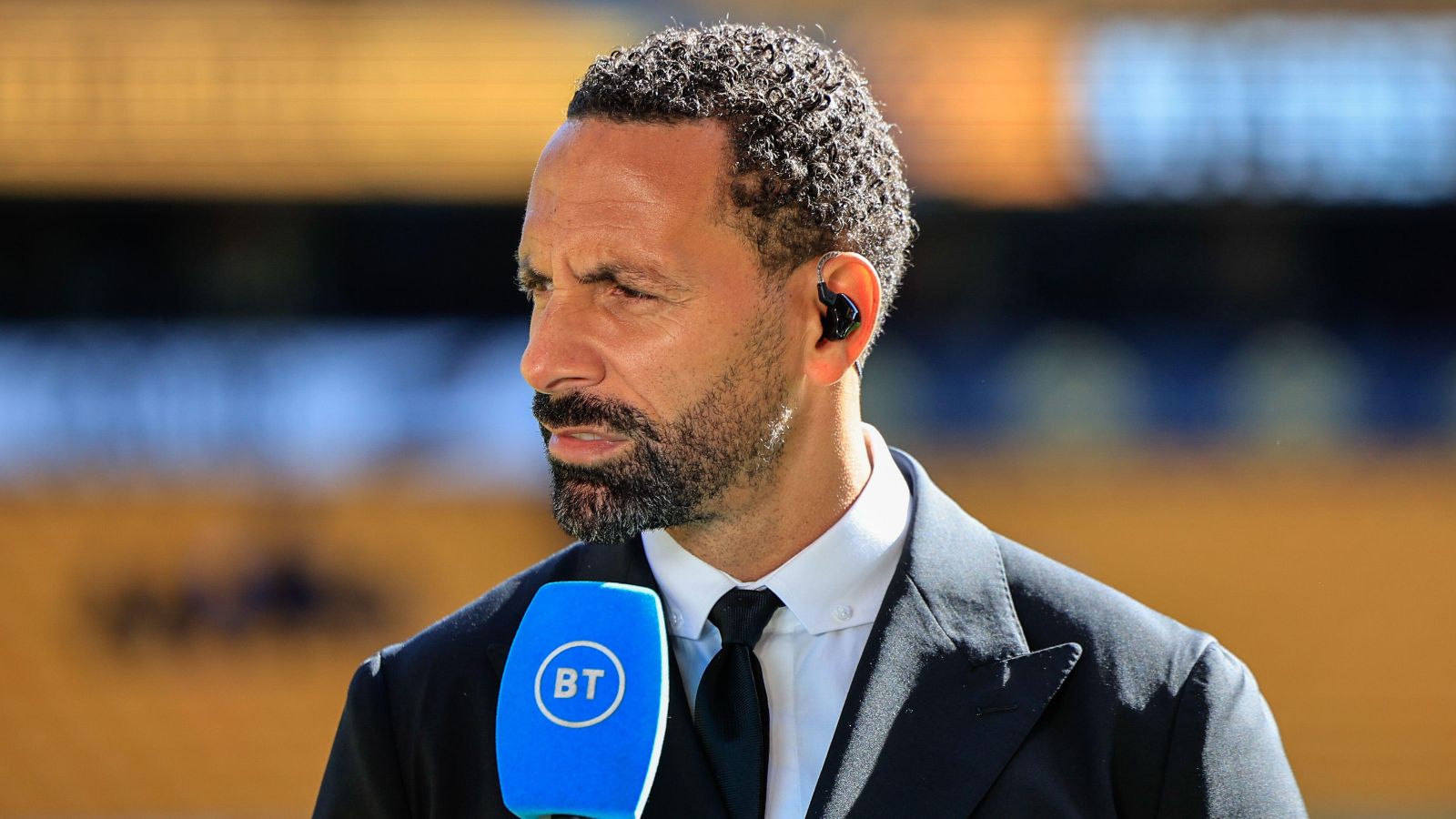 Rio Ferdinand claims the Manchester United forwards need to “kill full-backs” and could learn a thing or two from an Arsenal ace who reminds him of Nani.

United’s forwards misfired again as they drew 0-0 with Newcastle on Sunday.

Antony, the big summer signing from Ajax, was urged to show more variation by Erik ten Hag ahead of the clash with the Magpies despite scoring in three games on the bounce, and failed to make a telling impact.

Jadon Sancho meanwhile continues to struggle to refind the outstanding form he showed for Borussia Dortmund.

“We don’t seem to have the imagination in those areas,” Ferdinand told Vibe.

“We used to give it to Nani, Giggsy, to Becks even, give it to Antonio Valencia or Cristiano when he’s wide. Get him in a one on one situation, either with a good ball from Scholes or Carrick etc, get them one vs one and do your thing.

“At the moment we get in those positions and unfortunately for us, our wide players are turning away from that, they’re not killing full-backs, they’re not skinning them.

“The best teams wait for that moment in a game, you might only get two or three of those moments where they stand the full-back up, [Bukayo] Saka does it at the moment as well as anyone in the league, and say right I’m going to ghost you.

“At the moment our wide players aren’t doing that. Parts of their game are working functionally, other than the City game, they’re getting into a good shape, defensively they are doing well but it’s when we have the ball and want them to do that little bit of cherry on the top stuff. We aren’t getting that now.”

Ferdinand heaped praise on Saka, who has been the matchwinner in Arsenal’s last three games against Liverpool, Bodo/Glimt and Leeds, and believes he should be an automatic started for England at the World Cup.

He added: “In this form you can’t look past Saka on that right wing spot. I think in an England shirt he does as well.

“He’s a winger who when he gets it, I’ve watched him a couple of times live this year as well, his first instinct and intention is to go past you. We spoke to Nani and he told us that was his intention.

“As soon as he got the ball one vs one, he was looking to beat the full-back. I love that about him, he’s got no fear, he’s playing with a bit more maturity every time I see him.