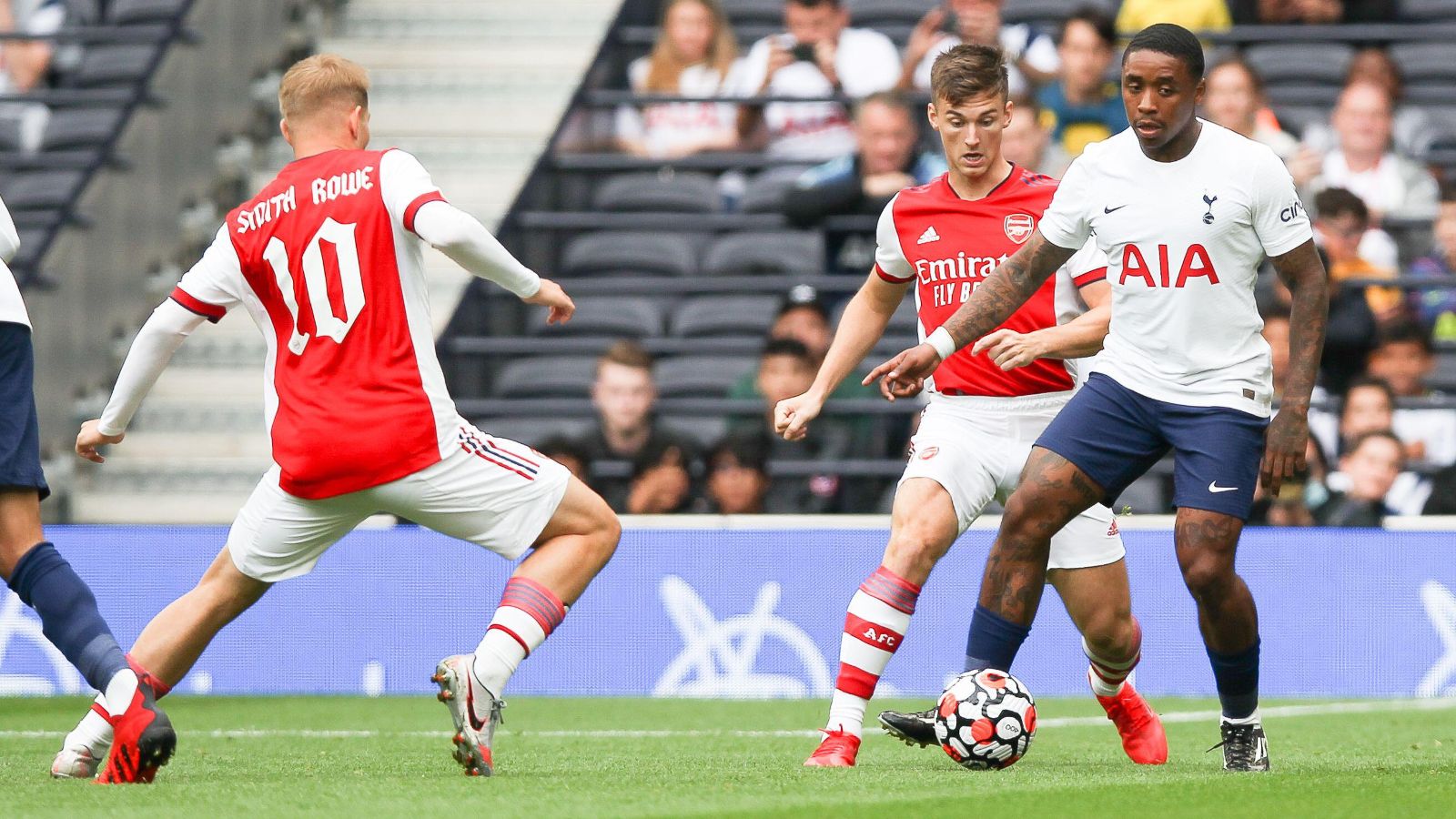 Jamie O’Hara has claimed that Arsenal and Tottenham Hotspur are a “shambles” as he has backed Man Utd to finish fourth in the Premier League.

Both Arsenal and Tottenham were beaten 1-0 on Saturday. These defeats came against Southampton and Brighton respectively.

Man Utd capitalised on these defeats. Cristiano Ronaldo netted his 60th career hat-trick to help his side beat Norwich City 3-2.

The Red Devils are now just three points behind fourth-placed Spurs with six games to go.

United are back in action on Tuesday as they face Liverpool. Arsenal meanwhile travel to Stamford Bridge to play Chelsea on Wednesday.

Ex-Tottenham player Jamie O’Hara is now backing Man Utd to end up fourth in the table:

O’Hara told talkSPORT: “What are we doing?! What are Spurs doing? What are Arsenal doing? We’re both a shambles!

“Does anyone want top four? I feel like this happens every season.

“The worst thing that’s going to happen is that Man United are going to get fourth!

TalkSPORT presenter Laura Woods added: “It’s like we’re holding the door open and saying, ‘You go’, ‘No, you go!’ And then Man United will just say, ‘Oh, go on then!’”

Simon Jordan then made his case for Man Utd to finish fourth as Spurs will “implode”:

“We’ve got a real race for fourth spot between three mediocre sides.

“I think on the balance of probability, and I can’t believe I’m going to say this, I’m still going to make my case for Manchester United.

“It’s wide open again. Despite the fact they are [rubbish] and the club’s in disarray, I can see a script where Tottenham can implode, because they’re capable of it.

“The 4-0 against Aston Villa, as compelling as it was, wasn’t really a final victory because Villa were very much in that game.”

Elsewhere, Tottenham have been told that they will need to pay €50m if they are going to sign Gleison Bremer from Serie A side Torino this summer.

Gazzetta Dello Sport (via Sport Witness) are reporting that the player’s valuation has now ‘shot past the €50m’. It is noted that ‘everyone wants him’.

Tottenham, Arsenal and Newcastle United ‘are all keen’ to sign the defender. Bremer’s current contract at Torino is due to expire in 2024.