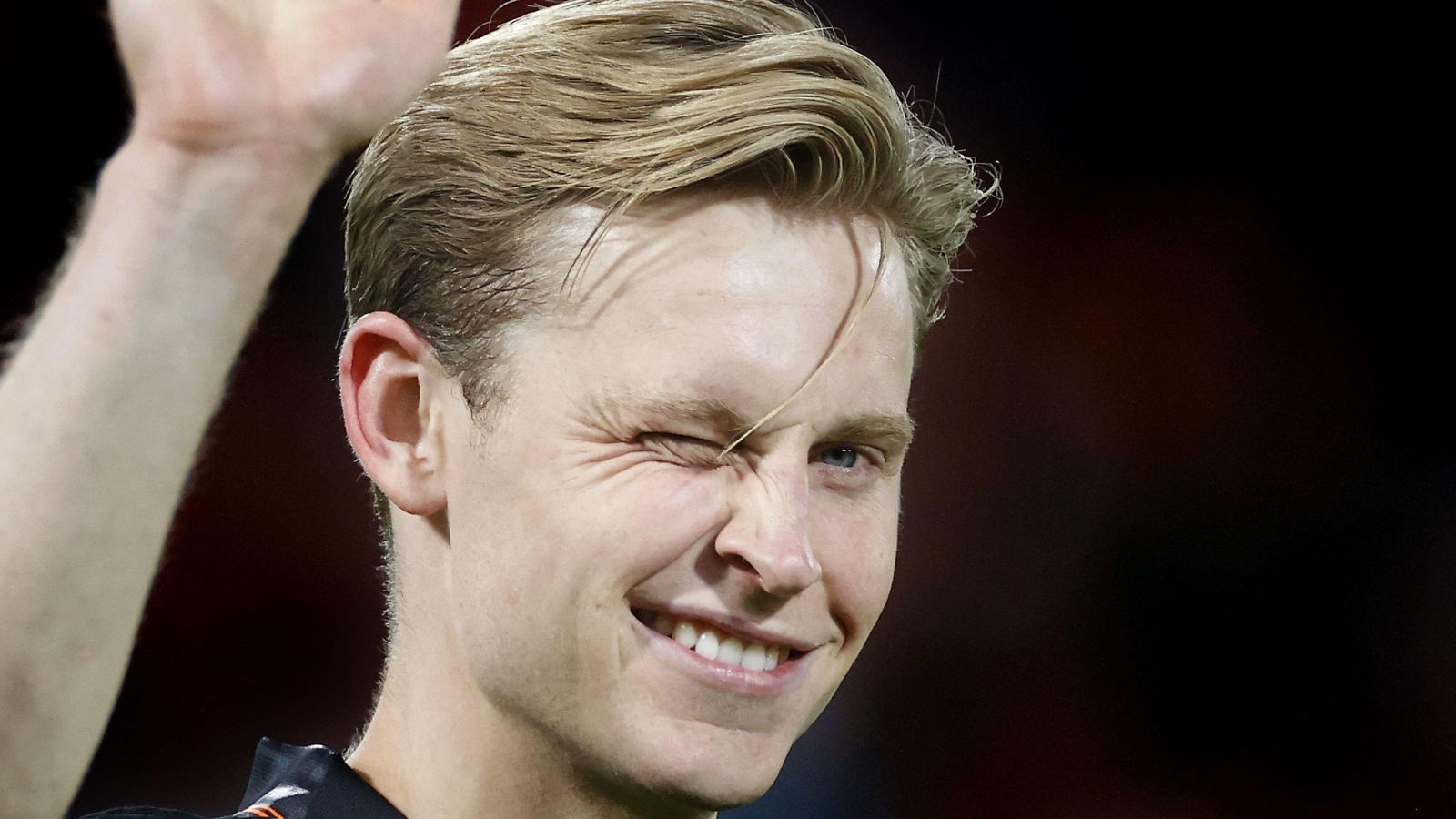 Man Utd have been told that Frenkie de Jong wants to sign for the Premier League club if he can sort his pay issue at Barcelona, according to reports.

The Red Devils have been pursuing a deal for the Netherlands international over the past couple of months but have yet to get the transfer over the line.

De Jong hasn’t quite shown the form expected of him since swapping Ajax for Barcelona for €75m in 2019 with the Dutchman scoring 13 goals in 140 appearances for the La Liga outfit.

Barcelona and Man Utd have been negotiating a fair price for the midfielder with the Daily Telegraph claiming that they have now come to a ‘broad agreement’.

Man Utd will pay Barcelona €65m for De Jong with at least a further €20m in add ons, taking the deal to around €85m (£72m) if he can sort out his pay issue with the Catalan giants.

There was speculation that he didn’t want to move to Man Utd this summer with a lack of Champions League football on the table – but those rumours have been dismissed.

The report in the Telegraph adds that the Premier League side have been ‘given assurances’ that De Jong ‘is willing to move to Old Trafford in the event his salary issues with Barcelona can be resolved’.

A deal is currently being held up because Barcelona owe De Jong £17m in deferred wages and bonuses but Man Utd ‘have been given encouragement behind the scenes that he remains open to the move, with sources indicating that they would not have progressed a deal this far if that was not the case, despite claims in Spain that the player has no intention of quitting the Catalan club.’

De Jong is Erik ten Hag’s top target as he looks to reshape his Man Utd squad and the Red Devils continue to ‘sit tight for now but sources insist they have alternative targets they can pursue if it reaches a point where they feel they have to walk away from a deal.’