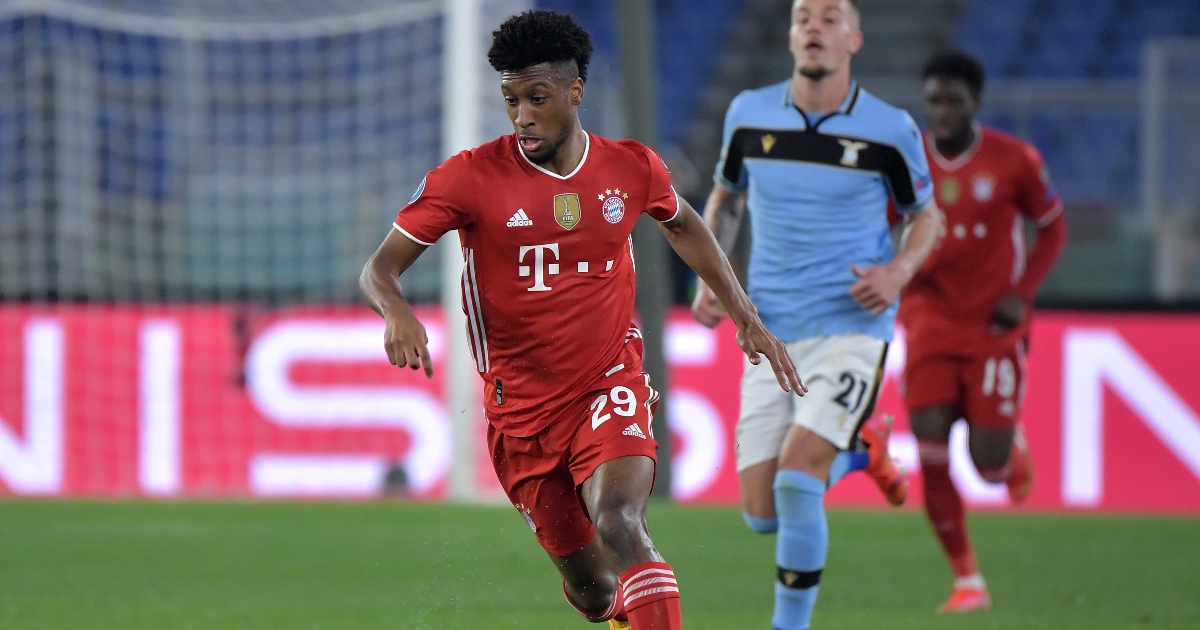 Man Utd have reportedly been given a boost in their pursuit of Bayern Munich winger Kingsley Coman.

The 24-year-old is rumoured to be a top target for chiefs at Old Trafford.

They’ve identified Coman as an alternative to Dortmund wonderkid Jadon Sancho, given his ability to play on either flank.

According to German outlet Kicker (via Daily Mail), Coman has rejected a contract extension from Bayern.

He was offered a major new deal lasting until June 2026 but is holding out for more money.

Man Utd are desperate to land Coman, which means they will be monitoring the talks closely.

Manager Ole Gunnar Solskjaer is searching for a new right winger to bolster his attacking options.

He is a big admirer of Sancho but Dortmund are unlikely to sell this summer.

Bayern, meanwhile, could be open to letting Coman leave if he fails to agree on an acceptable wage.

Coman, once coveted as one of the best teenagers on the planet, has won countless trophies already in his career.

He’s won league titles in Germany, Italy and France since making his professional debut in 2012.

More importantly, he scored the winning goal in the final against former club Paris Saint-Germain.

Coman is a top performer who would provide plenty of talent and experience to Solskjaer’s team.

He would almost certainly adapt well to life in the Premier League.